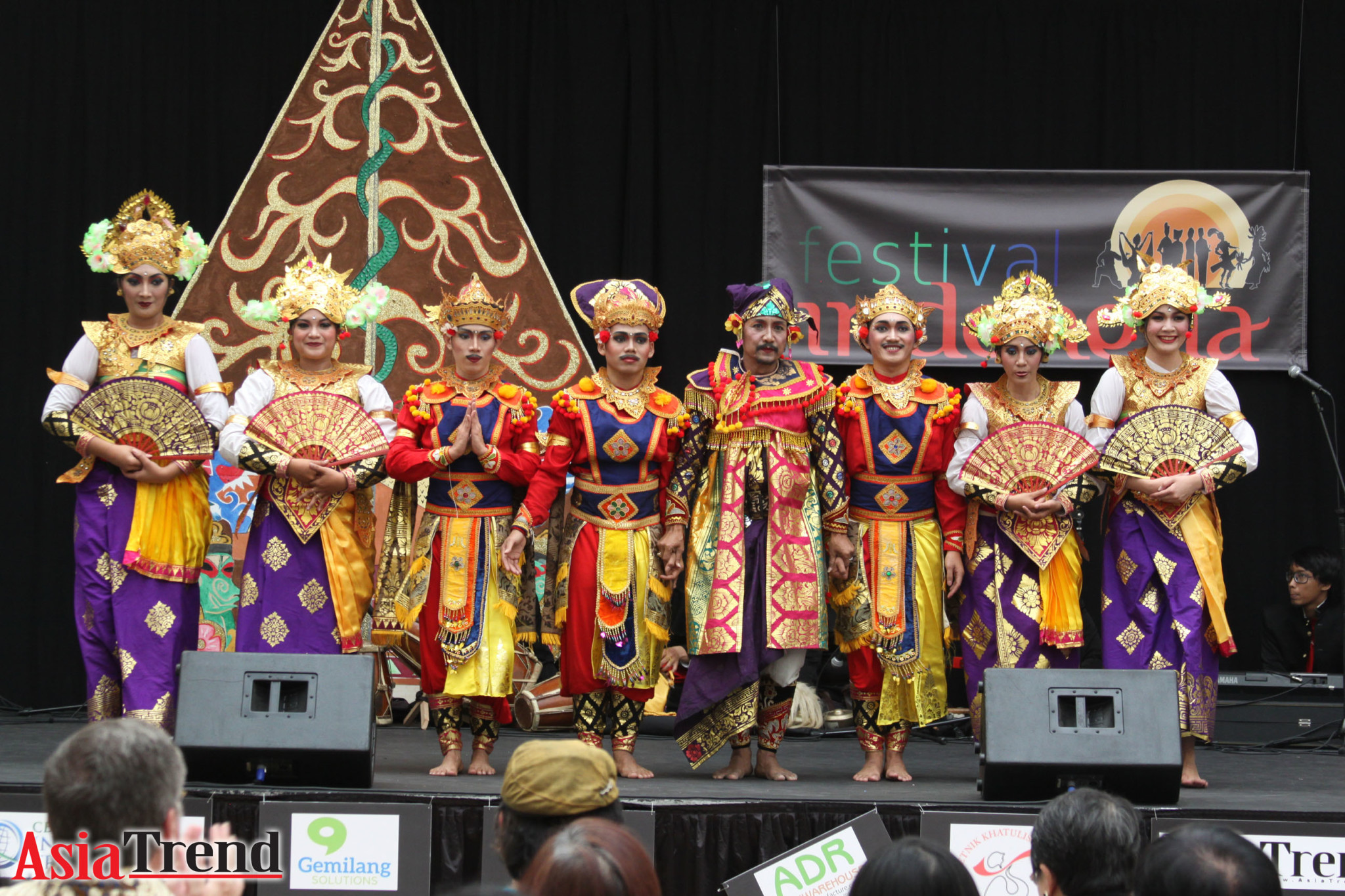 The Festival of Indonesia had an excellent turnout. The goal was to spread awareness of the rich cultural diversity of the Indonesian islands and it did just that. The food stalls filled with halls with the Indonesian cuisine’s unique aromas, while the other stalls ranged from clothes and jewelry to art and decorative items. Indonesians from all around the U.S. came to support the festival and help in whatever way they can, in order to let people know about their cultural legacy. The main attraction, though, was the main stage which featured quite a variety of shows throughout the day. Firstly, I’d like to reiterate some interesting facts the hosts presented (much of which was also covered in my previous article as well). Indonesia currently has the fourth largest population in the world, right under the U.S. which is in third place. It is, also, the largest Muslim-majority country by a large margin. In terms of landmass, it’s huge. It comprises of over 1700 islands, happened to be the largest archipelago in the world, and takes up much of Southeast Asia.

Behind these figures lies a rich tapestry of culture, with over 300 different ethnic groups living together across the islands. Despite this diversity, the national identity has not diminished. The country’s motto is “Unity in Diversity” (or lit. “Many, yet one”), celebrating the many unique parts that make the whole. On this matter, I had a chance to speak with Michael Linardi, who was one of the hosts of the festival.

I asked him how so many people from different backgrounds could come together. “Frankly, it was because we fought together”, he answered, “Under Dutch colonialism, we had to unite to for our freedom.” The national identity that formed at that time, in the name of liberty and self governance, remains today. We also spoke about Islam. In many places, Islamic culture supercedes the regional one as the religion takes hold. While over 90% of Indonesia are Muslims, pre-Islamic culture, traditions and identity are extremely strong. Michael explained that their heritage was too strong to give up, and instead the culture and religion found a space to co-exist. “Everyone in Indonesia is very welcoming to foreigners. We want you to come and visit,” he said,” I have friends that go there and they’re surprised how open the country is. In fact, we really admire America over there. People believe what they might hear in the news, but you have to go and judge for yourself. I think it’s important to see it for yourself.”

I agree and the festival was a glimpse at the Indonesian lifestyle and culture, but of course that was just the tip of the iceberg. As the show went on, the hosts explained the background of each dance and what region/island they originated in. The differences between the dance performances were quite remarkable, showing the diversity of culture of Indonesia. Yet as each performance came, all the Indonesians who came to support the event gleamed with pride, despite the regional differences, while rest of the audience (American or otherwise) remained captivated by every one of them.

The Festival of Indonesia was certainly a success and I’m sure everyone who walked away felt so as well. Since it took place in the Orlando Fashion Square Mall, there were also many who happened by the festival and stayed after being pleasantly surprised. Next time, there will likely be an even larger turnout, and there’s still much more room for the festival to grow.

This first step happened to be a quite a leap forward due to the hard work of all the people behind it, including Consulate of Indonesia who really made this happen. So I encourage everyone to check out Asia Trend’s video coverage of all the main performances, and also to be sure not to miss the next festival when it comes around. There’s a lot we can learn from Indonesia, particularly in how unity and diversity is able to coincide rather than being mutual exclusion. I look forward to next year’s festival.