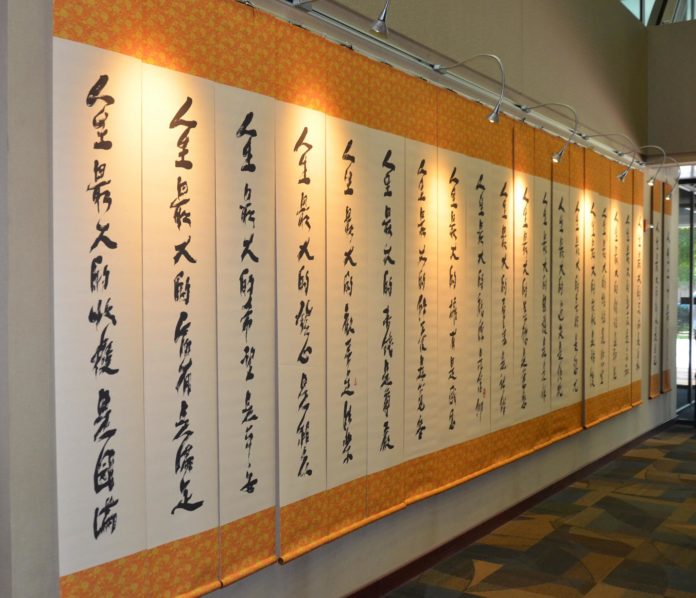 On July 5, Venerable Master Hsing Yun’s One Stroke Calligraphy Grand Opening Exhibition at the Orange County Administration Building.  Exhibition will open to public till July 29th.  This is a free event. For more information about the exhibit, visit www.fgs.org.tw/fgsart

The Orange County Administration Building’s “Atrium Gallery” at 201 South Rosalind Ave, Orlando, Florida 32801. which is part of a worldwide exhibition taking place simultaneously at numerous museums and galleries throughout the world. 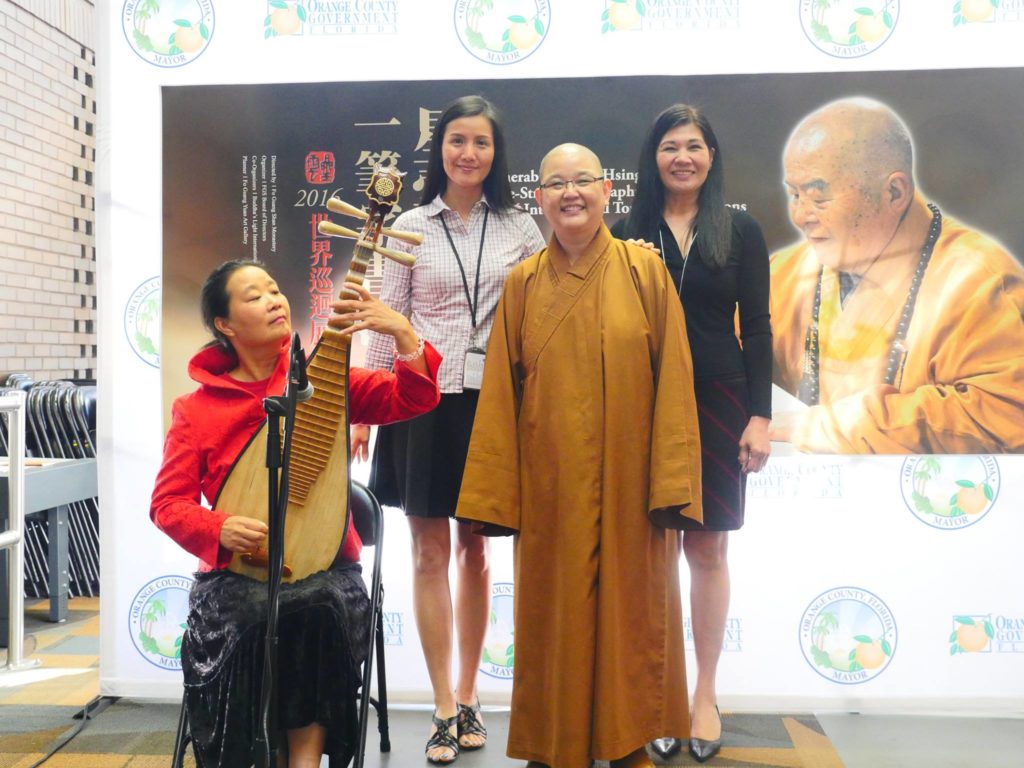 “Everyone is a Buddha!” said Venerable Master Hsing Yun.

Putting aside the question of “who is actually a Buddha? “ it can at least be said that Venerable Master Hsing Yun is a bodhisattva who never tires.

Turing 84 years old this year, he has faced 40 years of diabetes that led to a serious eye condition, along with retinal detachment.

With unclear visions in both eyes, he can barely see.

Despite having to write calligraphy with shaking hands, he still is able to let his heart guide his hands in completing the extremely rare “one-stroke calligraphy”

“One-stroke Calligraphy” means that every piece of calligraphy written by Venerable Master is done in one stroke.  No discontinuation is allowed from beginning to end, as discontinuation will make it difficult to continue to the next character because his vision does not allow him to distinguish the distance between each character.

Despite having to write calligraphy with shaking hands, he still is able to let his heart guide his hands in completing the extremely rare “one-stroke calligraphy” 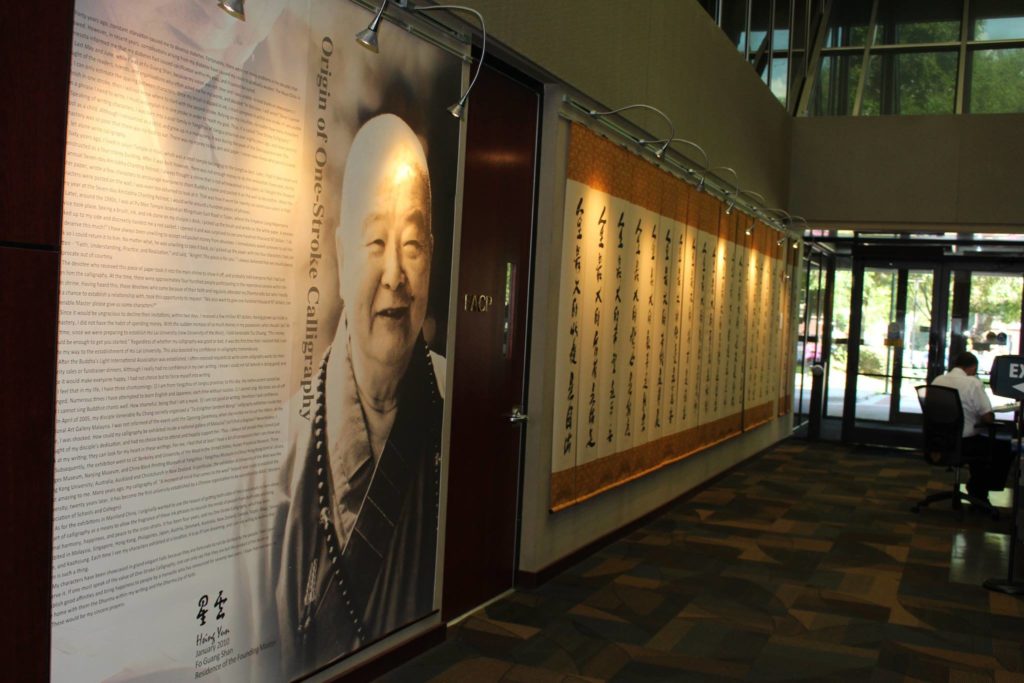 The completion of Nan Tien Institute is one of many Venerable Master Hsing Yun’s compassionate vows. In order to bring the Institute to completion, even though his body is no longer young and agile as it used to be, he has specially organized this exhibition called “The One-Stroke Calligraphy” for the purpose of fund-raising for construction of the Nan Tien Institute.

Nan Tien Institute will become an institution of higher learning based on Humanistic Buddhism, focusing on Arts and Humanities and other secular courses with an aim to enrich society with the truth, beauty and loving kindness.

Welcome you to join us in this meaningful journey!