The two new flavors as Nissin is calling his series Cup noodle Rich are “luxury thick Shark Fin Soup flavor” and “luxury broth flavor Softshell Turtle Soup.” The word “soup” appears prominently on both new products’ labels-most likely in an attempt to promote the fact that this is much more of a richer version, more nutritious chat snack favorite of every student. 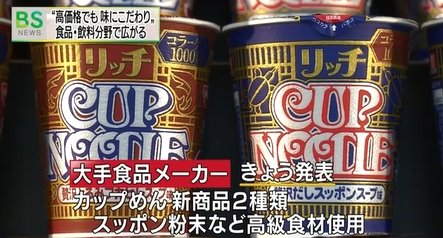 The cups contains 1,000 mg of collagen, making for a thicker, heartier soup. The high-end ramen, scheduled to be rolled out on April 11, will be retailed at 230 yen (US$2) – an additional 50 yen compared to regular Cup Noodles.

Cup Noodle’s take on the highly-controversial shark fin soup will not contain any real shark fin, but rather an imitation of it made from gelatin, served in a Chinese-style chicken and pork soup base mixed with homemade oyster sauce. 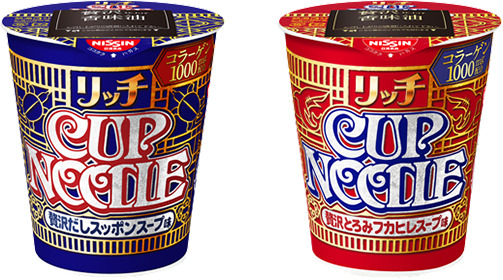