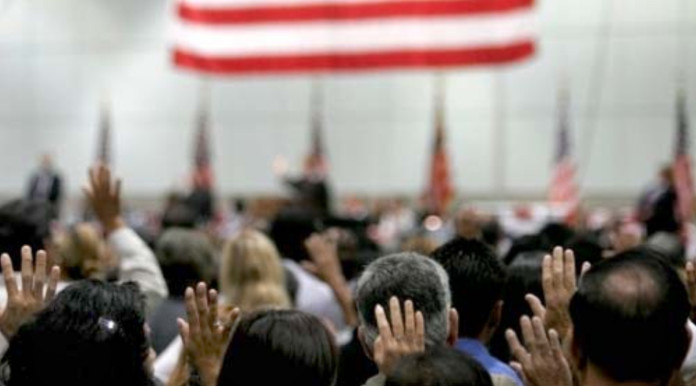 For the first time in decades, the number of immigrants coming to the United States from China and India outnumbers those coming from Mexico. It’s a historic shift that has caught the attention of service providers across the country working to help immigrants become U.S. citizens.

Asian Americans also have among the highest naturalization rates in the United States: Less than half of all immigrants in the United States (47 percent) are naturalized U.S. citizens, while the percentage for Asian immigrants is significantly higher, at 59 percent. The proportion of naturalized U.S. citizens is highest for Vietnamese (76 percent) and Taiwanese (74 percent), followed by Filipinos (68 percent), Koreans (59 percent), Chinese (51 percent) and Indians (47 percent).

These numbers are high despite the fact that some countries, like China, still do not offer dual citizenship. Others, like the Philippines (in 2003) and South Korea (in 2010), have made changes to their dual citizenship requirements.

Yet even for those who do not have access to dual citizenship, the benefits of U.S. citizenship can be very attractive – including security and protection from deportation, the ability to travel freely, the right to vote and run for political office, and the ability to sponsor a wider range of family members for immigration to the United States.

Still, many immigrants face barriers that can prevent them from becoming citizens, such as limited English proficiency or limited income, said Jannette Diep, executive director of Boat People SOS-Houston. Boat People SOS is part of the New Americans Campaign, a national coalition of over 100 organizations that helps immigrants overcome these barriers to make citizenship more accessible. For example, the campaign offers free workshops to help people apply for citizenship, provides English language and civics classes, and helps people apply for fee waivers if they can’t afford the $680 application fee.

Citizenship is “a very important step for the Asian American community because it allows them to become more integrated in America,” said Diep. “This integration allows the AAPI community to become more visible in U.S. cities, increasingly getting elected to public office.”

For Zen Santos, who came to Los Angeles from the Philippines in 2008, becoming an American citizen allowed her to have a say in the future of her new country.

“I felt that I lacked something – to be involved, and that is to vote,” Santos told reporters on Wednesday.

But when Santos lost her job, she found that she couldn’t afford the application fee. That’s when Santos sought help from the Filipino American Service Group, Inc., (FASGI) in Los Angeles, which is part of the New Americans Campaign. The group helped Santos get a fee waiver, and she became a citizen in 2013.

“I am American now, and I can vote now,” Santos said. “I have to get involved in deciding for this country where I live now.”