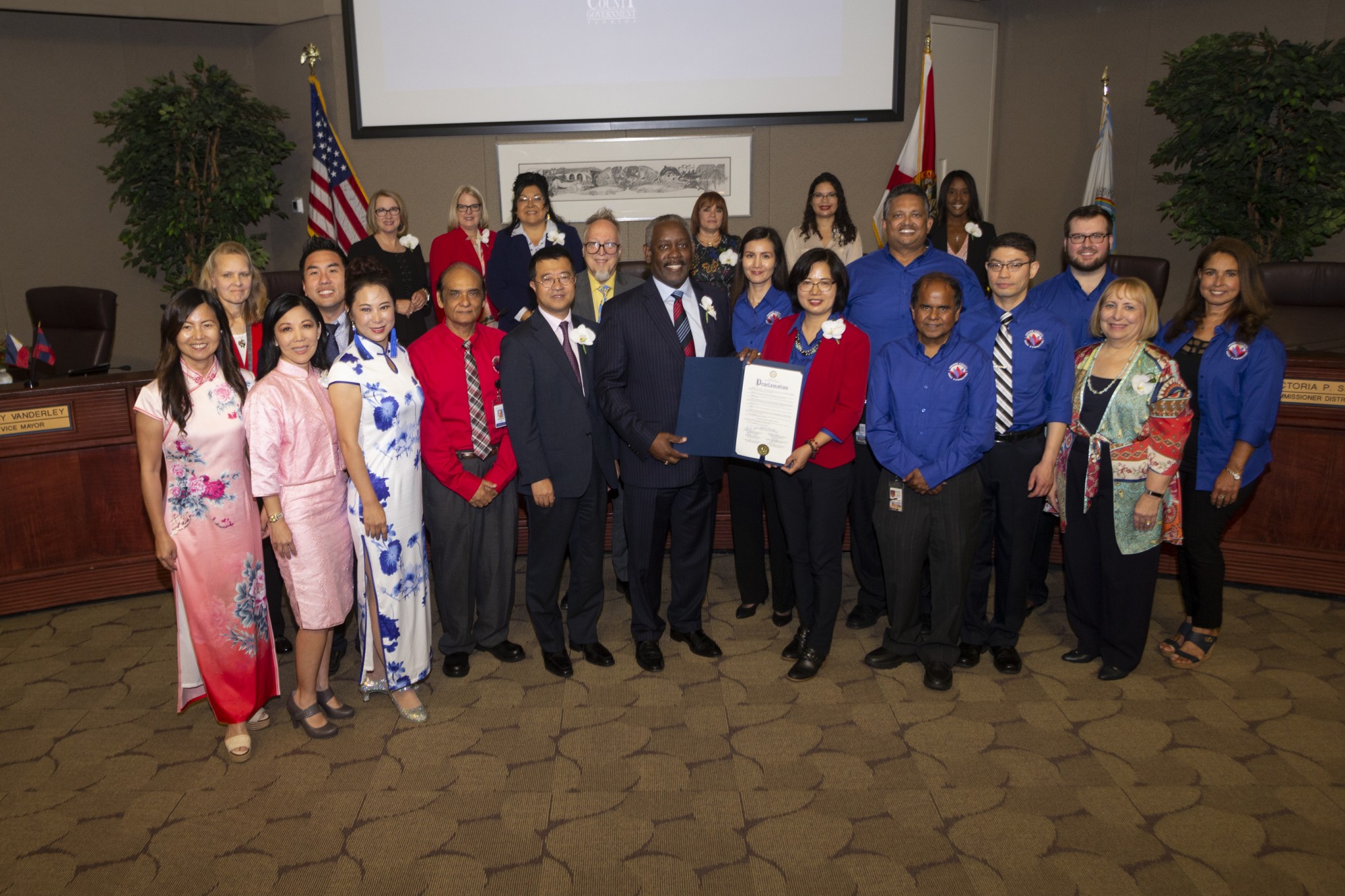 During the month of May, Orange County comes together to celebrate National Asian Pacific American Heritage Month.  As part of the celebration, Orange County Mayor Jerry L. Demings and the Board of County Commissioners (BCC) held an event celebrating the cultural heritage of the Asian-Pacific region and joyously recognizing the many contributions — historically and in present-day — that Asian Americans and Pacific Islanders have made to Central Florida, including enriching the city through food, arts, and culture. Orange County’s Asian Committee led by chair Hefang Lin organized the event.

Mayor Demings, the BCC and Orange County officials greeted guests at the event and presented a proclamation to the Committee, naming May as Asian Pacific American Heritage Month in Orange County.

“Innovation, collaboration and inclusiveness are paramount for my administration. We integrate these elements to create a community that works for everyone, one that is safe and embraces diversity,” said Mayor Demings. “Today, we honor and celebrate our more than 67,000 Asian-Pacific Orange County residents who are active contributors to our community, and for the influence and impact they bring to Orange County across many different sectors.”

Asian Pacific American Heritage Month recognizes all of the Asian continent and the Pacific island groups of Melanesia, Micronesia and Polynesia. The Orange County Asian Committee is an employee-based volunteer organization formed in 2012. The Committee’s goal is to promote and preserve the heritage and culture of Asian Americans, while forming partnerships throughout the community and building relationships with local and international governments.