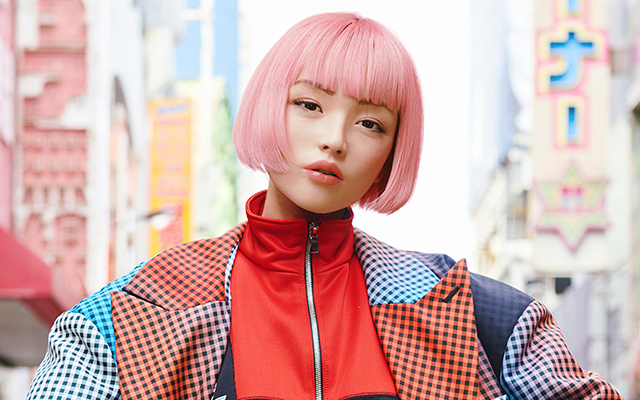 She is Imma – your new fashion idol. She was created by Tokyo-based CG company Modeling Cafe and has recently graced the cover of CGWorld magazine.

Computer generated technology is rapidly improving, so much so that it’s sometimes hard to tell the difference between what’s real and what’s animated. However, CGI isn’t just being used for special effects in films anymore—today the technology is also being applied to create Incredibly realistic computer generated people. Meet Imma, the Japanese virtual model who’s taking the fashion industry by storm.

Imma is named after the Japanese word “ima,” meaning “now,” and she certainly represents the modern technology boom. Created by CG company ModelingCafe, she looks just like a real fashion model and even has her own Instagram and Twitter pages. Of Imma’s images are rendered by transposing her 3D animated head onto a live-action body and background. However, it’s almost impossible to tell—everything from her pink hair to the texture of her skin looks so lifelike!

ImI’s fashion career has already taken off, and she’s even graced the cover of CGWorld magazine. “I’m interested in Japanese culture,” she says on her Twitter bio. “I want to attract humans to the fashion show.” This is perhaps a step toward more CG people being used as models, but what does this mean for the industry as a whole? There are mixed feelings about this when thinking about the future of jobs for humans. However, it’s hard to deny how impressive Imma is From an artistic standpoint.

And in case you can’t believe she’s virtual, here’s a behind-the-scenes look of imma in mapping view:

If you’d like to follow imma on social media or find out more about the company behind her, here are the links: