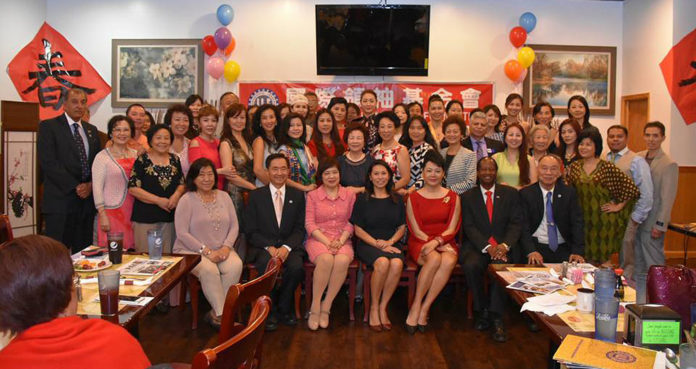 The International Leadership Foundation (ILF) is a non-profit organization that promotes the civic awareness, public service, and economic effectiveness of the Asian Pacific American (APA) community. Its mission is to cultivate and develop young leaders in the United States, Asia, and Pacific Rim in various professional fields and sectors via support from the ILF’s Advisory Board Network. ILF has 15 national advisory boards in the U.S. and global advisory council abroad.  Each board or council includes civic, business, and community leaders who serve as role models for our students.

Friday, February 24th, 2017, ILF Orlando Advisory Board hosted its Inauguration. The event honors Orlando Advisory Board members who have provided support with ILF’s mission and national programs and promotes ILF’s efforts to cultivate the next generation of Asian Pacific American (APA) leaders with local press and leaders.

Two main speakers for the event was Congresswoman Stephanie Murphy (Florida’s 7th Distrtict ), the first Vietnamese American woman elected to the U.S. Congress. She talked about how internships are important for the next generation of Asian Pacific American leaders and shared her own experiences. She is working very hard for small businesses in Orlando and the nation representing all Asian Americans. Also, City of Orlando District 6 Commissioner Samuel B. Ings celebrated the success of the ILF Orlando Advisory Board.

ILF Founding President Chiling Tong, who worked under both President George W. Bush and Obama, honored efforts of the ILF Orlando advisory board and its partner organizations such as the Kissimmee Chinese American Association and ILF Executive Director Soo Kyung Koo (Xiu Qing Ju) explained 100 attendees what ILF does and why ILF exists.

The inauguration was concluded with Congresswoman Murphy’s certificate presentation to all advisory board members, group photos, and networking.

Attendees learned about the importance of Asian Pacific American civic engagement and had a change to network with each other for their own business promotion and philosophy on charity efforts and cultivation of next leaders.