Do you wonder what Christmas is like in Japan? 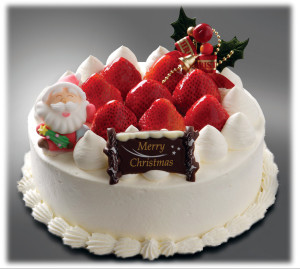 December 25th is not a national holiday in Japan. Unless it is on the weekend, people work and go to school on that day. Christmas is mostly a commercial event there. The big corporations do the main decorating and illuminating of their buildings and the trees.

The first recorded Christmas in Japan was a Mass held by Jesuit missionaries (lead by Cosme de Torres) in Yamaguchi Prefecture in 1552. Some believe that unrecorded celebrations were held before this date, starting in 1549 when Saint Francis Xavier arrived in Japan. Christianity was banned throughout Japan in 1612. However, a small enclave of Kakure Kirishitan (hidden Christians) continued to practice underground over the next 250 years.

After all, only about 1% of the Japanese population is estimated to be Christian in Japan. Christmas is known as more a time to spread happiness, rather than a religious celebration. Most enthusiastic about Christmas, however, seem to be retail stores and shopping malls, where Christmas trees, santa clauses and other seasonal decorations can be found several weeks in advance.