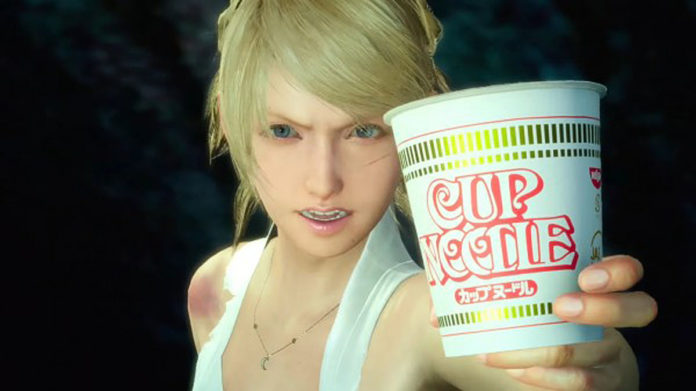 You can already see Nissin Cup Noodle products in the Final Fantasy XV TV game, but with this commercial entitled “Cup Noodle XV”, expect the popular instant food staple to be more game-changing in a funny way. Final Fantasy XV launched on Tuesday, November 29 outside Japan after a delay. The game has a Deluxe Edition, which comes with a steelbook case, a copy of the Kingsglaive: Final Fantasy XV film, and three DLC items, including: a Royal Raiment outfit, a Masamune weapon, and a Platinum Leviathan recoloring of the Regalia vehicle. The Deluxe Edition is available for US$89.99.