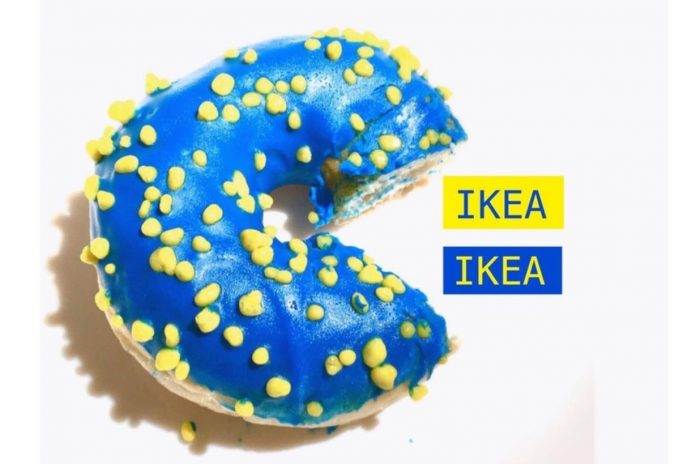 Recently, major social platforms in Japan have appeared in blue-yellow color donuts. This donut was made low-key by IKEA Japan, so there was a donut with the Swedish flags’ blue and yellow as the main theme. When many locals went to the IKEA restaurant, they found a bunch of blue and yellow donuts on sale. The donut was mainly blue and covered with yellow particles. The appearance was strange and virus-like.

After the donut fans who try it and said that the texture of the donut is soft, the blue cream has a light sober taste, and the yellow particles are probably banana-flavored icing. The overall taste is so sweet! Do you want to try it?