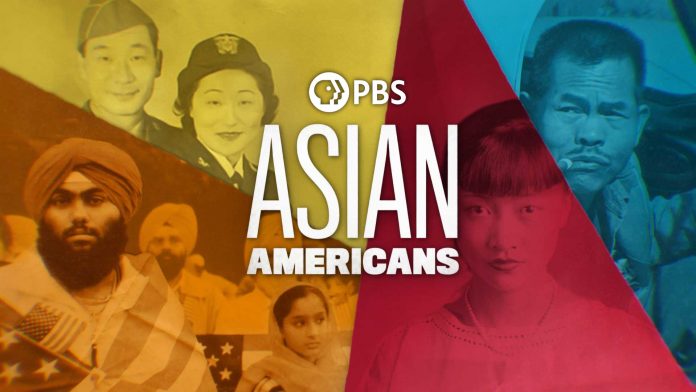 In an era of exclusion and U.S. empire, new immigrants arrive from China, India, Japan, the Philippinesand beyond. Barred by anti-Asian laws they become America’s first “undocumented immigrants,” yet theybuild railroads, dazzle on the silver screen, and take their fight for equality to the U.S. Suprem

ASIAN AMERICANS “A Question of Loyalty”

An American-born generation straddles their country of birth and their parents’ homelands.

During the Cold War years, Asian Americans are simultaneously heralded as a Model Minority and targetedas the perpetual foreigner. It is also a time of bold ambition, as Asian Americans aspire for the first time tonational political office and a coming culture-quake simmers beneath the surface.

During a time of war and social tumult, a young generation fights for equality in the fields, on campuses andin the culture, and claim a new identity: Asian Americans. The war’s aftermath brings new immigrants andrefugees who expand the population and the definition of Asian America.

At the turn of the new millennium, the national conversation turns to immigration, race, and economicdisparity. As the U.S becomes more diverse, yet more divided, a new generation of Asian Americans tacklethe question, how do we as a nation move forward together?

The 1882 law that made it illegal for Chinese workers to come to America and for Chinese nationals alreadyhere ever to become U.S. citizens.

Mr. Tornado is the remarkable story of TedFujita, whose groundbreaking work in research and appliedscience saved thousands of lives and helped Americans prepare for and respond to dangerous weatherphenomena.

ORIGIN OF EVERYTHING “Why Do We Say ‘Asian American’ Not ‘Oriental’?”

The word Oriental is hundredof years old, so why do Americans no longer use the word “Oriental”? And how did the word “Asian American” take its place?

This film breaks open the hidden history of the US Army’s Military Intelligence Service (MIS) during World War II–a story made possible because of a few aging Japanese American veterans with a little Internet savvy and a lot of determination.