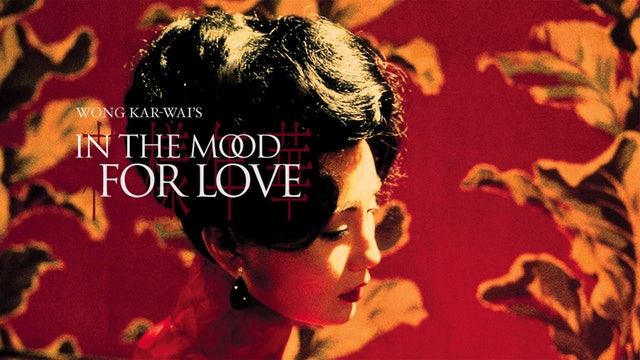 September 29 2019 marks 19 years since the release of Wong Kar-Wai’s “In the mood for love” in Hong Kong. To date this film is considered one of the great masterpieces of contemporary East Asian cinema and continues to have an impact on the industry to date.

The film itself very calm, lacking a robust plot and the conflicts faced are primarily internal. The story takes place in 1960’s Hong Kong and follows the lives of two married couples, the Chow family and the Chan family, both of which who had moved to Hong Kong from Shanghai and are renting out rooms in neighboring apartments of older couples. The lives of the relatively young couples are not painted as exciting and romantic, rather the relationships are distant and cold amidst the busyness of work-life. Ultimately this disconnect leads to a recurring affair between Mr. Chan and his neighbor Mrs. Chow, the film goes on to follow how Mr. Chow and Mrs. Chan discover and cope with being cheated on.

The dynamic is anything but confrontational. In the midst of the loneliness and grief both Mr. Chow and Mrs. Chan find solace in one another, becoming friends and even writing a martial arts comic together for the newspaper. Of course, just as in real life, the means in which we deal with grief are not exempt from the critical eye of society, as it is not long before the landlords and local socialites begin scrutinizing this newfound friendship, and somber sadness builds.

Despite society’s unrelenting eye, Mr. Chow and Mrs. Chan need one another through the pain, and the film is ever engaging as we can’t help but ask ourselves if they will ever in love with one another. But aside from the plot, the film keeps the viewer engaged through its use of frames, the film is primarily dialogue as seen through a frame within a frame, such as windows, walls, or looking through a doorway, this enclosed feeling reminds us that Mr. Chow and Mrs. Chan are being watched, and that we are watching, physically distant but emotionally intrusive. The film retains closed scenes and fixed angles, giving a sense of consistency and making clear that while the plot and material conflict are not robust, truly this is a story about the struggle of the mind.

Ultimately this is a film about struggling with loneliness; how it is that in an apartment filled with the community crowded over meals and mahjong that Mr. Chow and Mrs. Chan only one room over feel disconnected, how despite society being very involved and quick to judge it fails to use such ubiquity to support those struggling or how is it that love was not the answer through Mr. Chow and Mrs. Chan’s grief.

What makes this film powerful is that we can all relate to constructing fantasies in acts of hope, but of course fantasies come crashing down like a house of cards when they can no longer evade the realities they were made to escape from. Despite this, unrelenting hope is what helps us overcome the unrelenting difficulties of life, and while “In the mood for love” does not tell us the story of “how”, it without the doubt gives us something to think about. And for me, it is also an artistic reminder of how the struggles that we cannot see are just as real, if not more real than the struggles that we can see with our eyes.