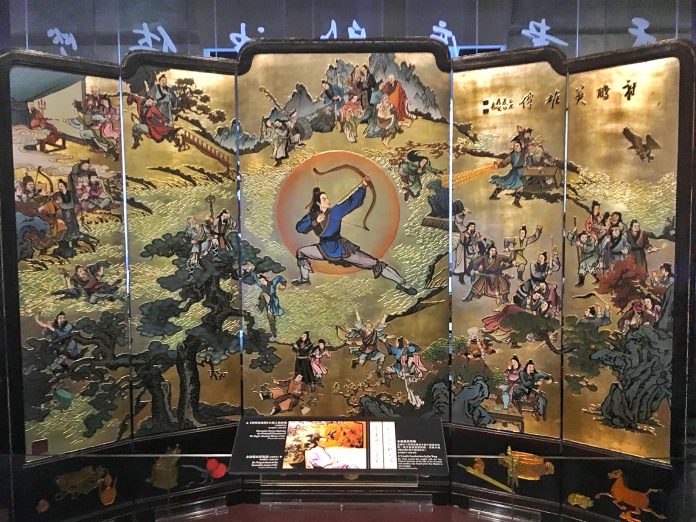 I was so fortunate to be able to visit Jin Yong Gallery in Hong Kong last year. I have been a fan of Jin Yong’s novels since I was young. His works have been translated into many languages including English, French, Korean, Japanese, Vietnamese, Thai, Burmese, Malay and Indonesian. He has many fans outside of Chinese-speaking areas, as a result of the numerous adaptations of his works into films, television series, comics and video games. I hope his passing can attract more younger readers who may not know him well to start reading his novels. He is a true literature giant and his legend will stay with us forever.
The Jin Yong Gallery hosted in the Hong Kong Heritage Museum which is located in Sha Tin (New Territories). Opened in 2000, the Hong Kong Heritage Museum is divided into 12 different galleries or exhibition halls and its purpose is to preserve Hong Kong’s art and cultural heritage. 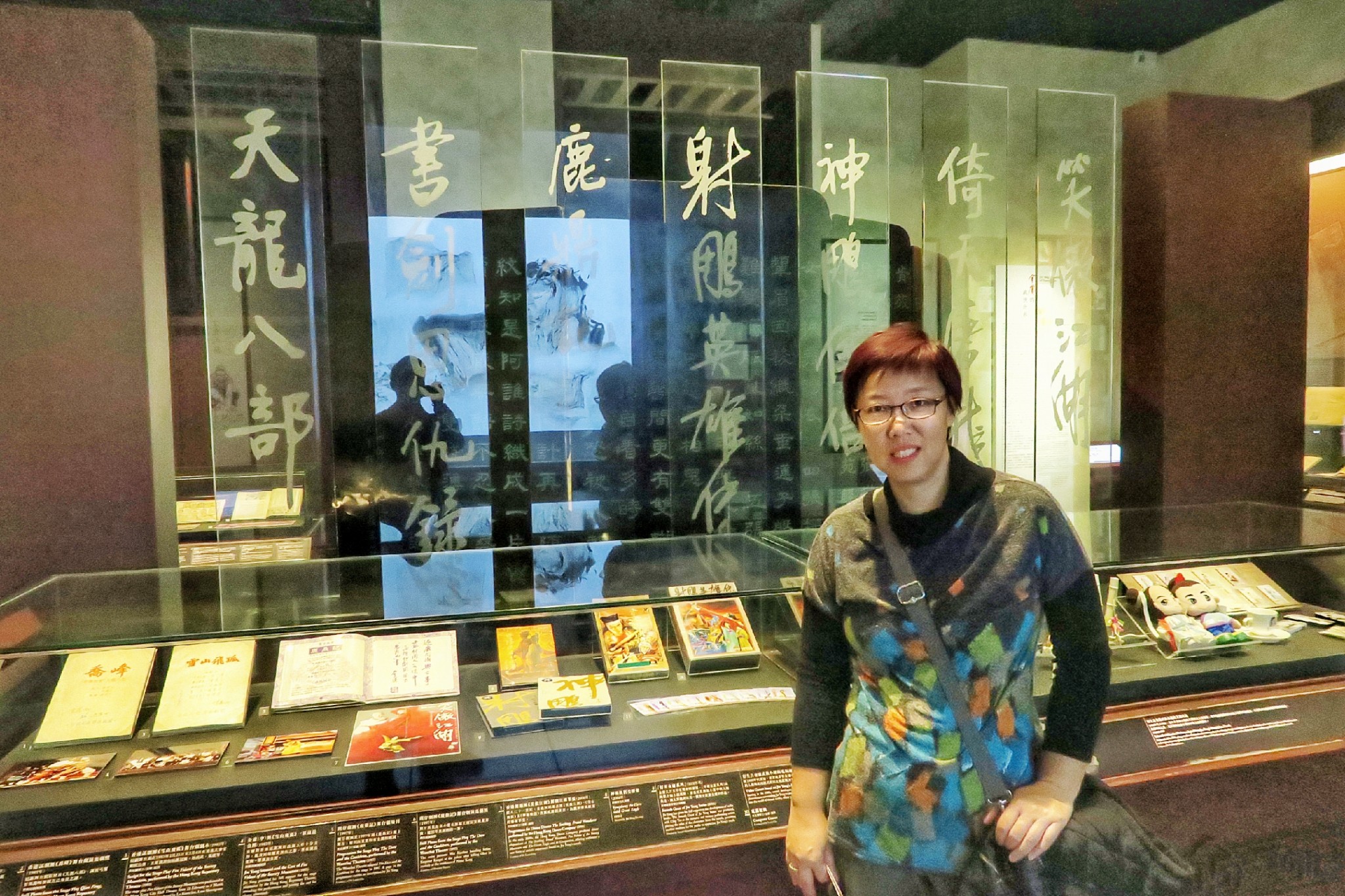 There is a saying that, “Wherever you find Chinese people, you’ll find Jin Yong’s novels.”   The gallery showcases both the creative process behind and wide-ranging impact of Dr Cha’s martial arts novels through more than 300 exhibits.

Jin Yong’s martial arts novels have inspired producers of movies, TV series, radio dramas, stage dramas, video games and various cultural and creative products, deeply influencing the development of popular culture of Hong Kong over the past decades, and even becoming a type of common language for Chinese readers around the world. 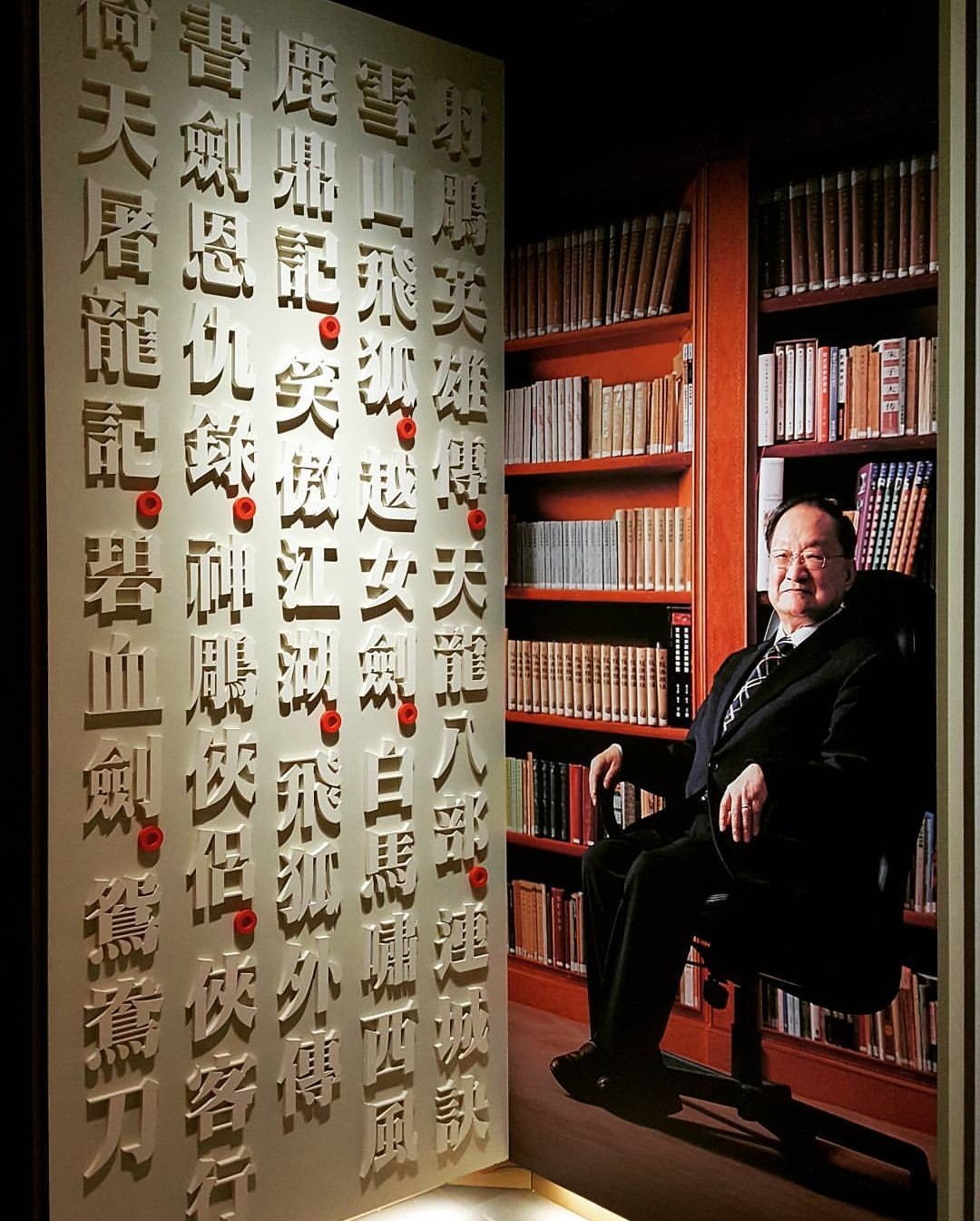 The Jin Yong Gallery together with its interactive game zone occupies an area of 2 500 square feet. It is located at the G/F of the Hong Kong Heritage Museum. The Gallery  display more than 300 exhibits, including early editions of Jin Yong’s novels, invaluable manuscripts, documents and photos, film posters, recordings of TV series’ theme songs and some of Dr Cha’s personal items, introducing his early career, the creative process behind his martial arts novels, and the impact the novels have had on Hong Kong’s popular culture.

Dr Louis Cha is a big name in Hong Kong’s newspaper industry and also a renowned literary giant. In 1955, he took the opportunity to publish his first martial arts novel, “The Book and the Sword”, in the New Evening Post under the pen name “Jin Yong”. The novel was an instant success, and he went on to create 15 extremely popular martial arts novels, ending with “The Deer and the Cauldron” in 1972. Jin Yong is hailed as the most influential martial arts novel writer of the 20th century, with readers around the globe. 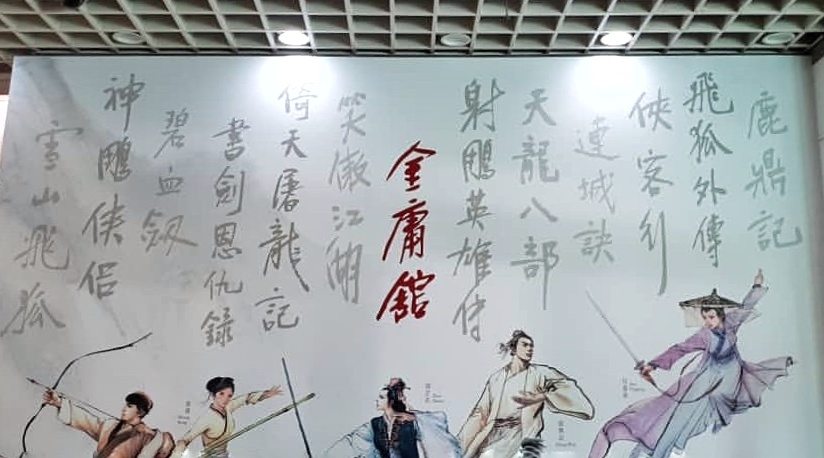 Jin Yong’s martial arts novels have inspired the producers of movies, TV series, radio dramas, stage dramas, video games and various cultural and creative products, deeply influencing the development of Hong Kong’s popular culture over the past decades, and even generating a sort of common language for Chinese readers around the world.