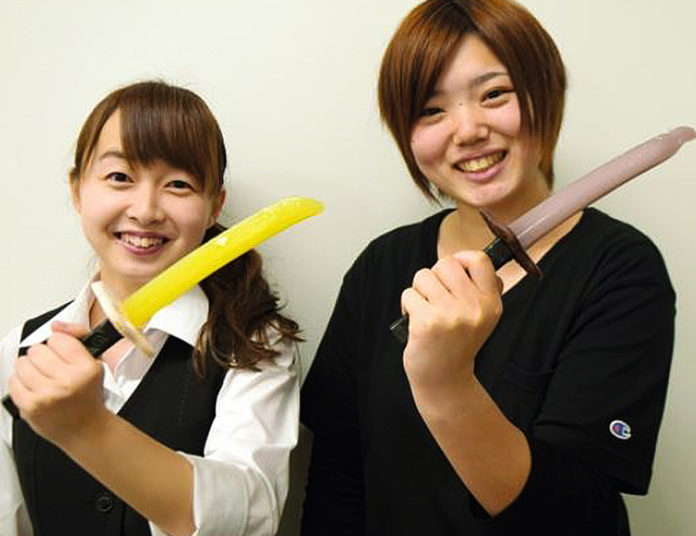 Recently, Japan Seki city of Gifu Prefecture Sword Ice Stick becomes one of the famous snacks on the Japan Twitter.  There are two flavors of grapefruit and red beans, 1,000 yen each. 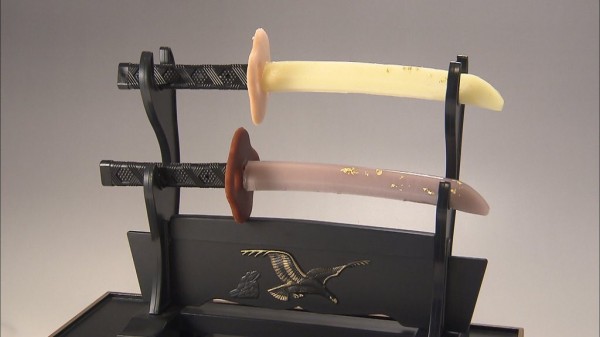 Students from Seki’s High School of Commerce and Industry came up with the idea for the Katana ice cream, and several local businesses took part in the movement to turn the idea into reality, which is now being sold as “Seki’s newest specialty”. The city has a long history of producing Japanese swords and cutlery, so the katana-shaped ice cream is the perfect sweet to represent Seki’s history and culture. Real local swordsmiths even took part in overseeing the production. 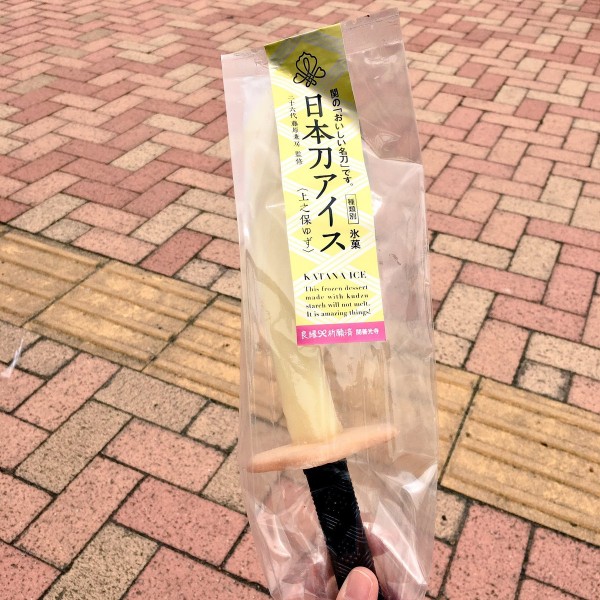 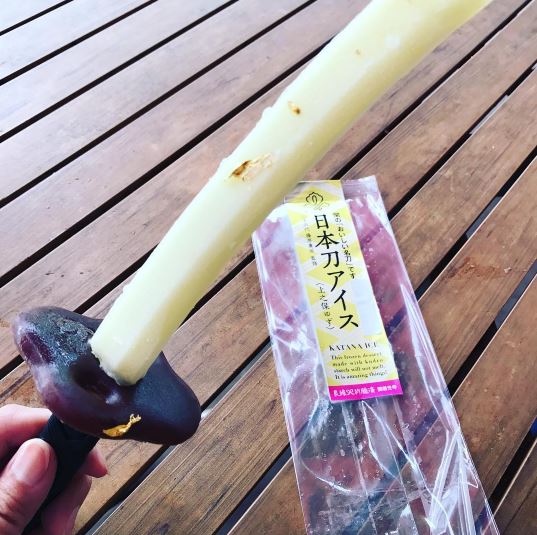 Called “Nihonto Aisu” (Japanese sword ice cream) in Japanese, the stick is designed to look like the hilt of a katana, with a cookie added as an edible brim. The ice cream blades come in two different flavors – yuzu citrus, and koshian red bean paste – made by a local, long-standing confectioner. The ice cream also contains kuzu (Japanese arrowroot) starch, which helps keep it from melting, making it possible to play with your food for a bit before eating. 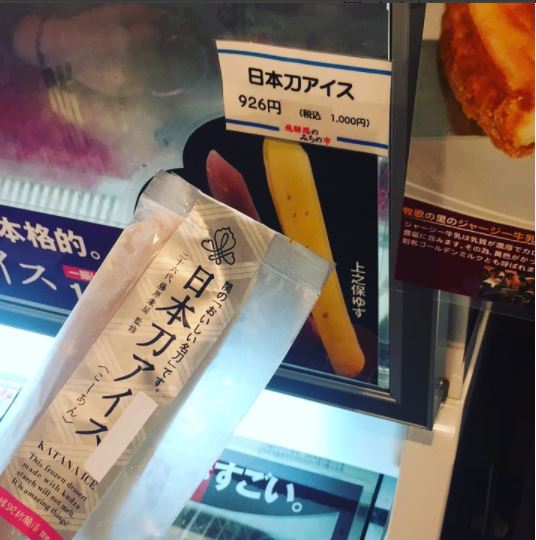 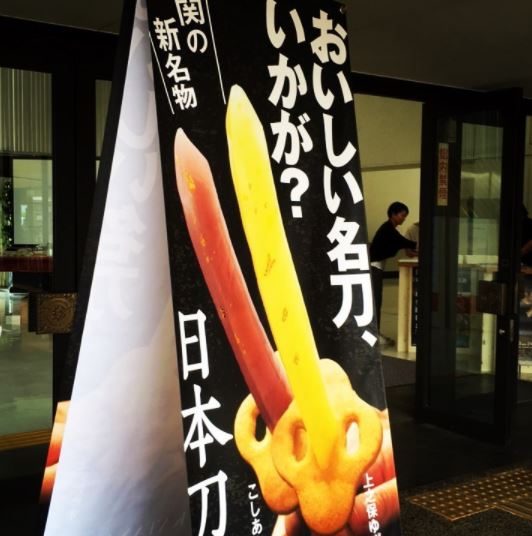 For those looking to get your hands on one, it seems that tracking them down is a bit difficult. Currently they’re being sold in limited quantities at the Seki service area just off the Tokai-Hokuriku Expressway, and will be sold during the Seki factory visit days from August 23 to 26. They will also be available at the famous Hamono Matsuri from October 7 to 8, and cost 1,000 yen (US$9.14) per bar. Hopefully, with increasing popularity, they will be made more readily available to visitors of the city! 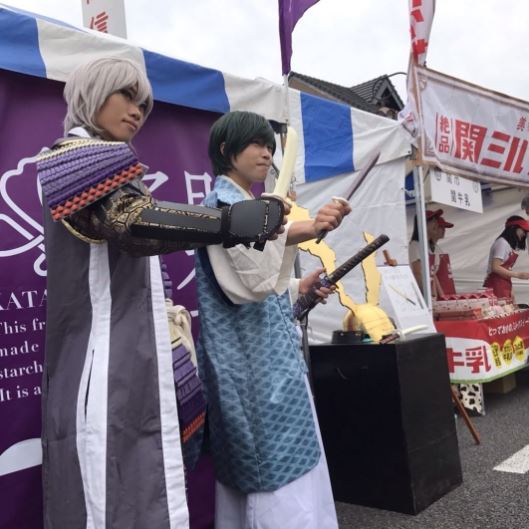