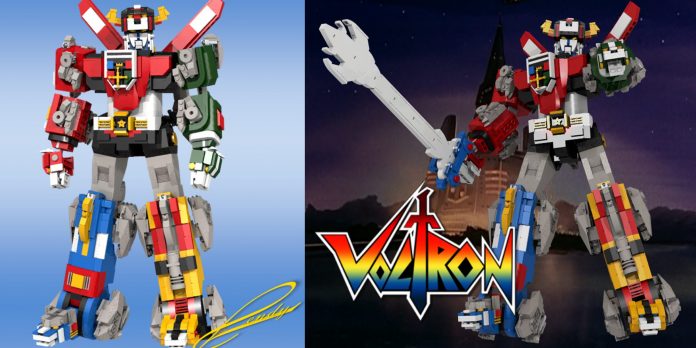 First announced as a forthcoming set nearly a year ago, LEGO is finally taking the wraps off its newest crowd-sourced kit, 21311 Voltron. Based on both the iconic 1980s animated television show of the same name and its subsequent modern-day reboot by DreamWorks, the set will feature five robotic lions who can combine into the super robot Voltron. With 2,321 pieces, the massive mech will be the largest Ideas set to date, easily outpacing the Old Fishing Store and NASA Apollo Saturn V. The set will be on sale briefly at San Diego Comic-Con next month, they will be available to LEGO VIP members beginning July 23, before being widely available August 1. Voltron will retail for $179.99 USD. 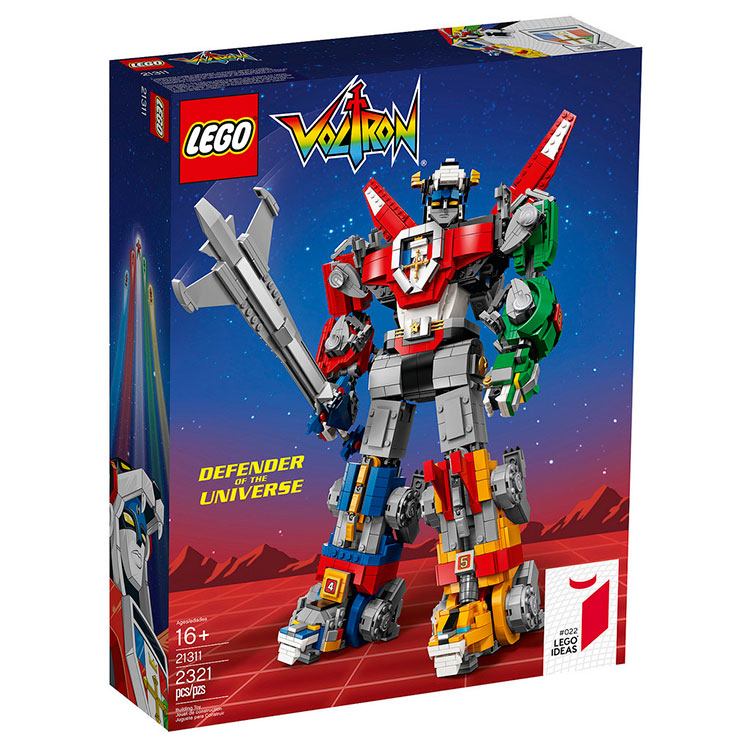 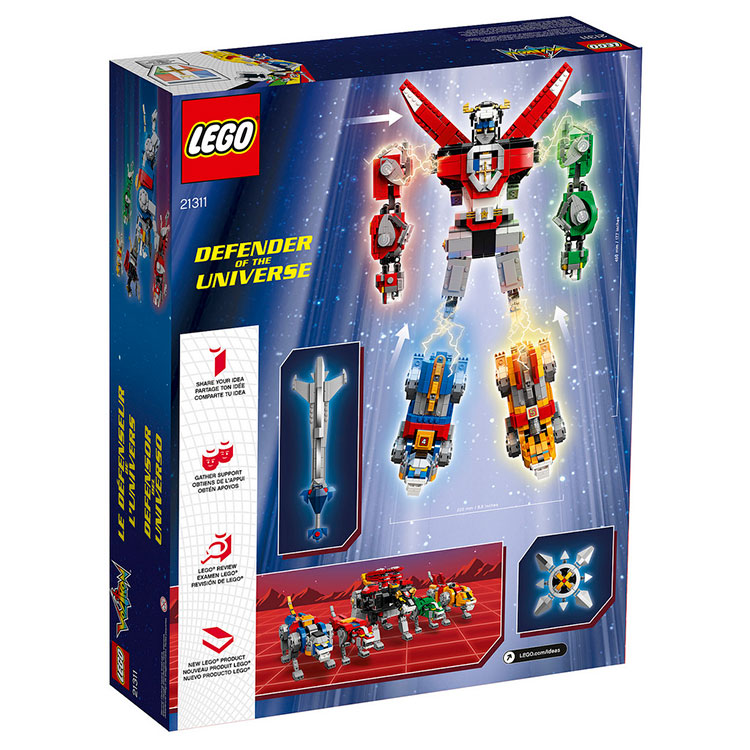 Standing over 15 inches high, Voltron’s brightly colored upper body is poseable, though the legs are not. 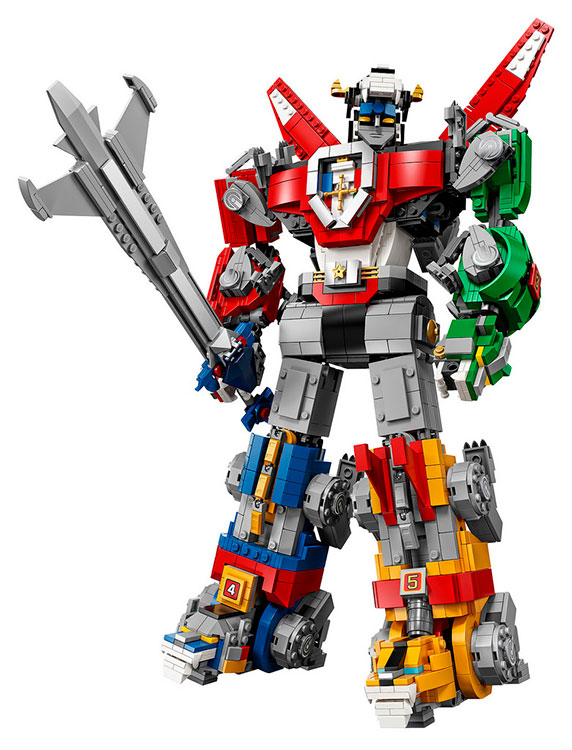 The super robot Voltron can split into its five constituent parts, the black, blue, yellow, red, and green lions. 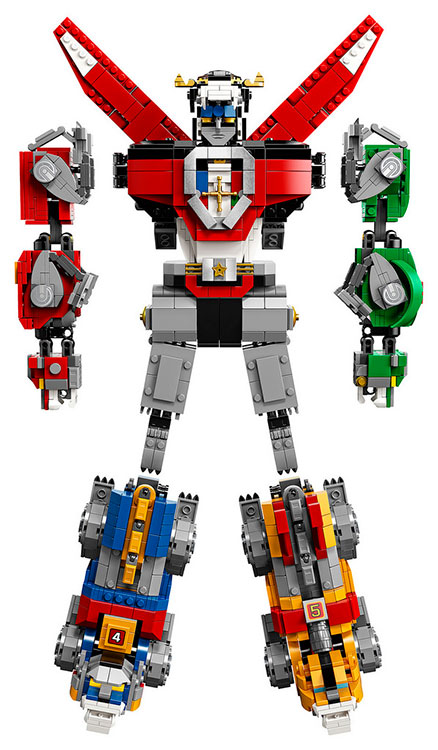 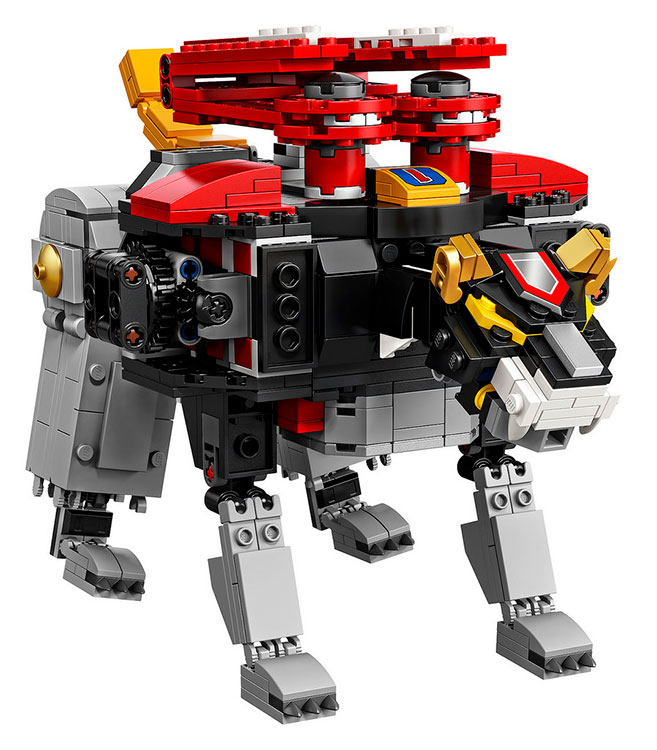 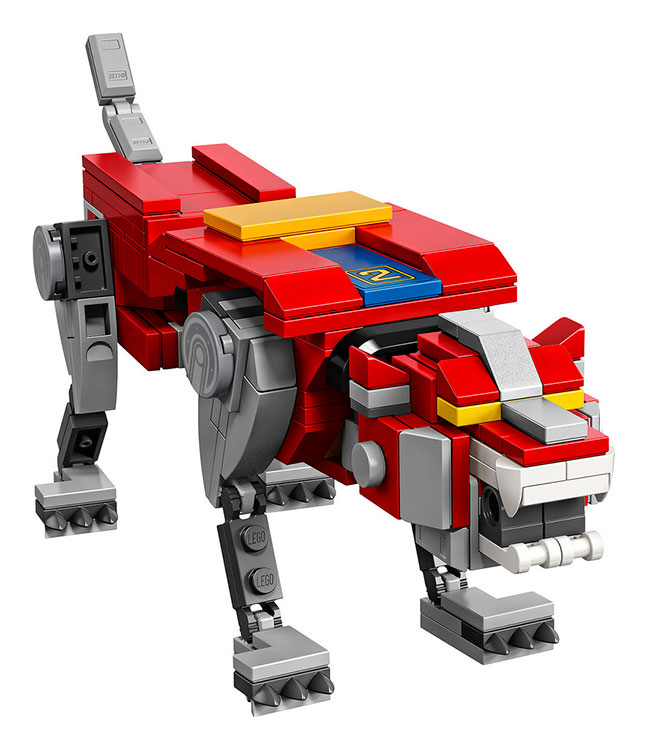 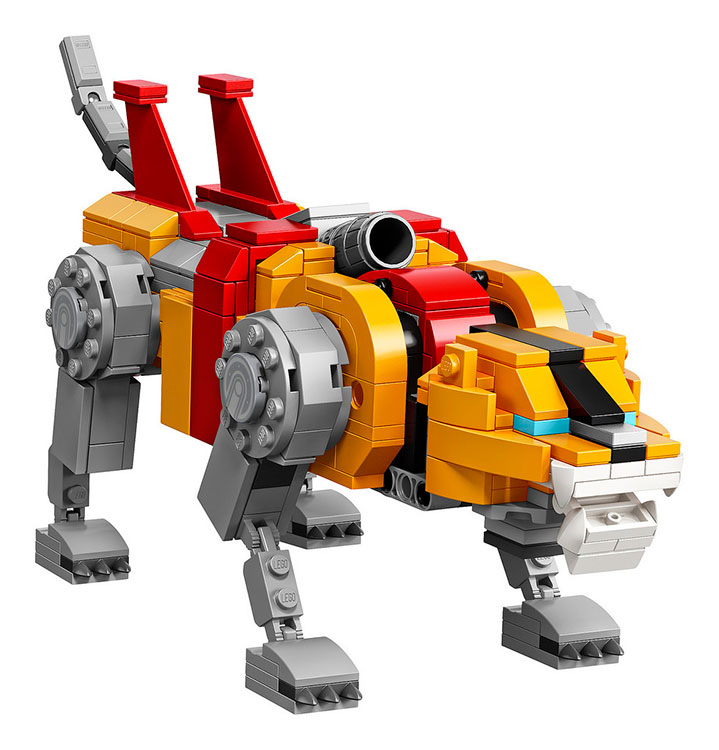 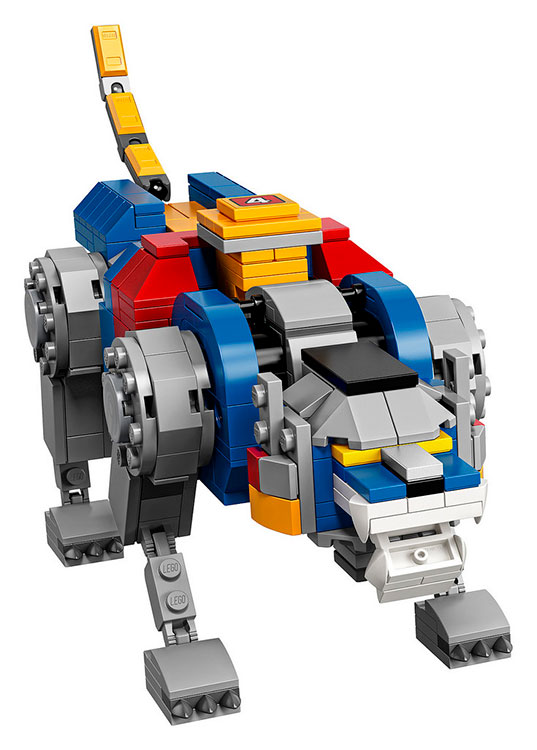 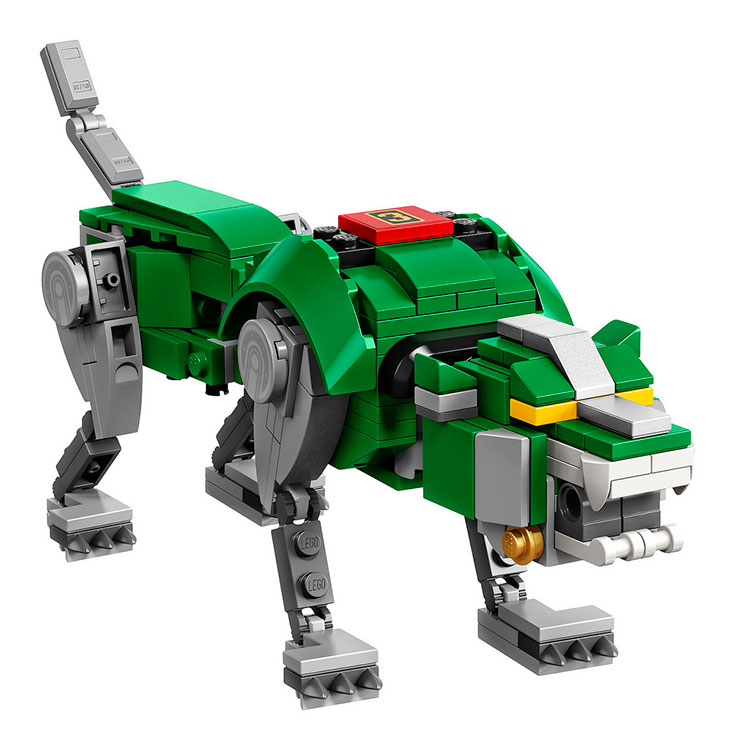