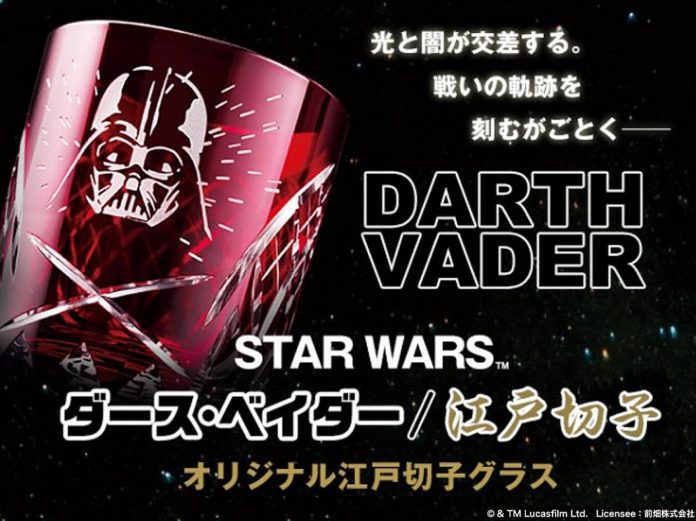 THEY look more like jewels than drinking glasses. Made in Tokyo using a traditional engraving technique, Edo-kiriko items are beautifully transparent and feature elaborate patterns in bright colors.

A cold beverage poured into an Edo-kiriko glass makes for a perfect summer treat – cooling you through the eyes as well as the mouth, thanks to the sparkle produced by the elaborate patterns.

The tradition of Edo kiriko – which means ‘cut glass of Edo’ (now Tokyo) – is said to date back to the latter half of the Edo period (1603-1867), when a glass manufacturer and retailer in the Nihonbashi district started to carve items using hard emery powder. Star War fans: the STAR WARS – Darth Vader Original Edo Kiriko Glass – Limited Edition distributed by the PREMICO. Limited stock, only 800 copies. It is expected to be available by the end of January 2018, come with a Paulownia box, 39,800 円, US$ 354.50