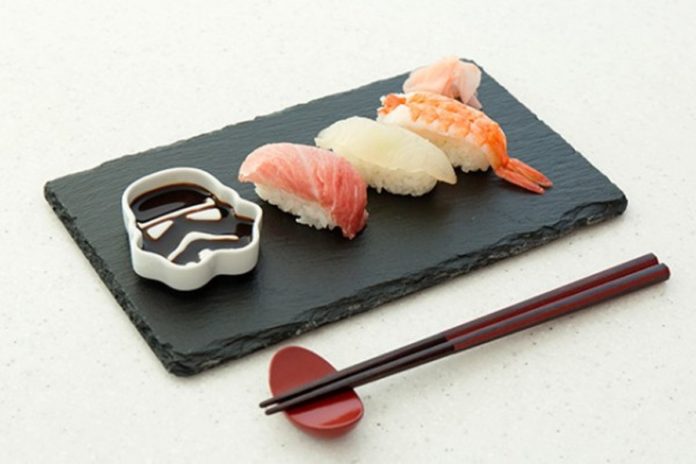 The set, which includes Darth Vader, C-3P0, R2-D2 and a Stormtrooper helmet, sells online for 11,380 yen (US$100). Made of Japanese Arita porcelain, the dishes’ designs are only complete when you pouring seasoning liquids such as soy sauce into the groove of the plate. 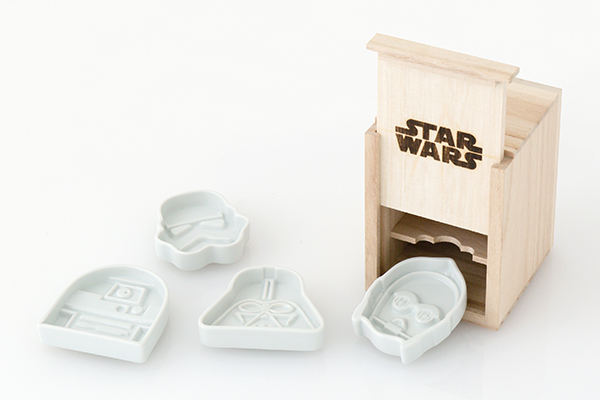 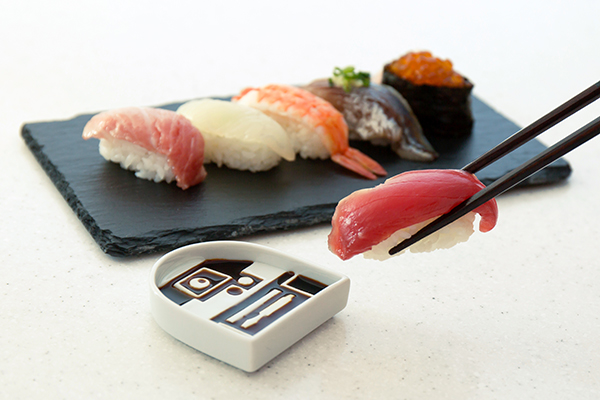 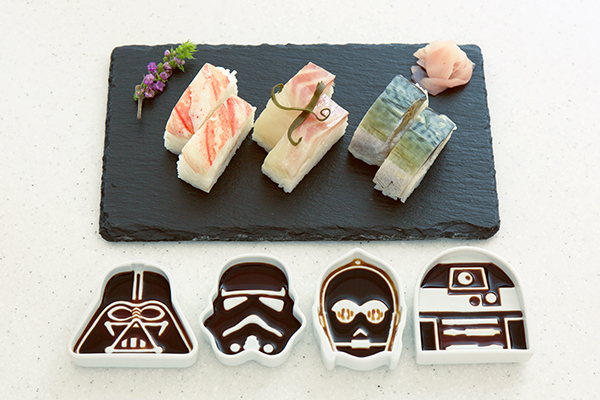