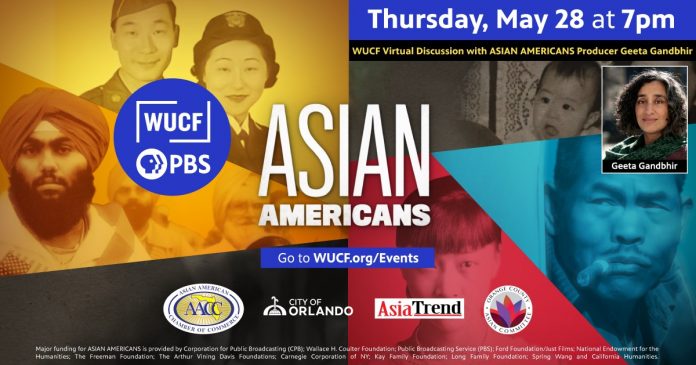 The Series at a glimpse

The Asian American story is one of deep and diverse perspective and nuance. The recent PBS and Center for Asian American Media series Asian Americans undertakes a bold attempt to try and capture a snapshot of Asian American history and ultimately brings forth to the table stories that are as heart touching as they are fascinating.

The series itself spans three parts: “Breaking Ground & A Question of Loyalty”, “Good Americans & Generation Rising” and “Breaking Through” each of which is further divided into episode segments.

The narratives discussed in this series include several household names to the Asian American experience often conveyed through examining a particular case, ranging from the overlooked involvement of Chinese immigrants in the completion of the Transcontinental Railroad to Asian American involvement in the Silicon Valley boom. We also see individual narratives examined as well, to name a few we see the Bamboo Ceiling and the story of Anna May Wong the first Chinese American Hollywood movie star, the beginning of the bipartisan DREAM Act and the first DREAMer Tereza Lee as well as engagements of Asian Americans for civil rights in the 1960’s which is often overlooked in mainstream history textbooks. Executive Order 9066 mandating Japanese American concentration camps was among the post powerful narratives examined as it touches on a largely overlooked and ugly chapter in U.S history and the Japanese American community’s response taking us to resounding family stories and narratives. All cases examined paint a picture in which it becomes increasingly clear how fundamental the Asian American narrative is to the fabric of America and how Asian Americans continue to be impactful.

A particular narrative that struck me was the Third World Liberation Front strikes of 1968 in which African American, Asian American, Native American and Latino American student unions jointly protested and demonstrated for Ethnic Studies and curriculum to be instituted at San Francisco State University. To date the effects of this movement led to the establishment of Ethnic studies programs nationwide in addition to increased representation of faculty of color in the American sphere of Academia. The president of the university at the time S.I. Hayakawa as an Asian American was initially expected to be supportive of the movement but in reality, was a staunch and powerful opposition but eventually conceded due to internal and national pressure. It was heartwarming to see a diverse coalition standing in solidarity for a common cause and the differing perspectives from the time period. We take fields such as Ethnic studies for granted without realizing the struggle it took for underrepresented groups to win a seat at the table, something eye opening and humbling no doubt.

The series also features commentary and biographical tidbits of Asian American House Representatives and Senators and looks back at the first people who held such positions. Upon the statehood of Hawaii, it became a hotbed of rich Asian American civil discourse and engagement as seen through the career of Patsy Matsu Takemoto Mink the first woman of color and Asian American woman elected to congress. Her story is complex and introduces several other big names in the Asian American political sphere at the time ranging from colleagues to rivals including Senator Daniel Inouye and Senator Hiram Fong. In all of her public office positions especially during her years serving in the House of Representatives, she brought with her great change and impactful policy often championing resolutions in education and women’s rights.

The Asian American artistic sphere was also a notable topic of discussion across many episodes. During the age of American Imperialism abroad and the Cold War, orientalist tropes dominated portrayal of Asia into racist, monolithic, and hypersexualized depictions. A need for authentic representation and frustration with the status quo and all its inaccuracies sparked waves of Asian American artistic ventures nationwide. Author Ronald Takaki’s Strangers from a Different Shore offered a 150 year narrative of the raw, unfiltered Asian American history previously unexamined by the mainstream and Ham Tran’s film Journey from the Fall was financed entirely by the Vietnamese American community to authentically narrate the fall of Saigon and give the Vietnamese perspective unlike the romanticized and misleading American Vietnam War movies. To date, Asian American art is distinct and beautifully soaked in nuance and powerful emotions befitting of the thirst for accurate and meaningful representation.

In its coverage of the 1980’s and 90’s, racial tensions were deeply examined through the murder of Vincent Chin reminiscent of xenophobic rhetoric seen today targeting immigrants in the discussion on jobs, we see unseen glimpses of Vincent Chin’s story such as footage of his devasted mother lamenting her son’s death and Civil Rights activist Jesse Jackson speaking at a memorial in honor of Vincent Chin and standing in solidarity with his mother and the Chinese American community. The “birth of Korean America” in 1992 was examined as well which occurred following the LA riots in which the Korean American community of South LA was caught in the crossfire of the LAPD and the African American community as racial tensions and police brutality erupted into chaos. Racial undertones and tensions such as those seen in the 90’s still exist to this day, probably the most readily available example would be the racism and xenophobia towards East and Southeast Asian Americans during the present COVID-19 pandemic, we see it all the time, tensions and racism between minority groups. To pretend such scorn does not exist is not conducive fixing the problem, we as a nation of immigrants must reject the “dog-eat-dog world” paradigm and avoid creating further division. Communities standing together in acts of solidarity through this difficult time are what should define us, getting angry after seeing an act of hate online and responding with more hate does not make anyone safer nor does feeding into prejudiced generalizations and stereotyping. After all it was Gandhi who said “an eye for an eye only ends up making the whole world blind”.

The series ends with a snapshot of the boom of Silicon Valley and the place of Asian American innovation and excellence in the tech industry as well as a brief overview of Islamophobia and xenophobia in post-9/11 America discussing the case of Muslim Pakistani Ansar Mahmood’s vindictive deportation and the case of the Sikh man Balbir Singh Sodhi who was murdered in a hate crime as he was mistaken for an Arab Muslim. The series overall is a testimony to the innovation, resilience and hard-work of Asian Americans in the face of internal and external hardship.

There is no doubt heavy difficulty in trying to summarize the history of a group as diverse and complex as Asian Americans, despite having one overarching Asian “Big Umbrella” we represent hundreds upon hundreds of cultures, ethnicities and religions that in truth, one could spend several lifetimes trying to summarize.

This “Big Umbrella” identity makes it difficult to maintain a pluralistic representation of our community hence it is not uncommon for groups to feel underrepresented twice: once in the general American sphere and a second time within the Asian American sphere (perhaps we can call this being twice discarded). So before any constructive criticisms in reflecting on this series we must no doubt acknowledge the sheer difficulty of this task and applaud this excellent series for all the light it did shed on topics largely unknown to the mainstream. As the fastest growing racial group in America, Asian Americans will continue to shape the legacy of this nation through hardships via unwavering resilience and innovative approaches to tackling difficult problems. The series does a great job pinpointing the “conditionally American” rhetoric in which Asian Americans are only considered American when the status quo feels the need to prop up a “model minority” myth for their own benefit and challenges us to examine our own biases when thinking about other groups. That being said, there are some reservations to note regarding this series.

When Indian American comedian Hari Kondabolu in Episode 5 was listing Korean American comedian Margaret Cho as his inspiration citing an “as an Indian it’s the best I could get” type sentiment – I felt this to be a befitting summary of some of my discontentment with the series.

Despite its success in narrating the Asian American experience in general there was no doubt a gap in representation regarding South Asian, Southwest Asian (Middle Eastern), Muslim American and Pacific Islander representation. If I could summarize it best, I would say “missed opportunity” presents itself as a viable description.

The statehood of Hawaii in 1959 provided extensive discussion of Asian American engagement in the political sphere but only brief mention of the outright imperialism that discarded the dreams of Pacific Islander self-determination, it was a missed opportunity to bring the Pacific Islander narrative to the spotlight especially during APAHM where more often than not the Pacific Islander community is sidelined for larger and more domineering ethnic narratives, twice discarded. Another missed opportunity is during the examination of the life of Moksad Ali, as an Arab American I could not believe that the peddler network of the American East Coast in the 1800’s was discussed without bringing up the history of Syrian Americans and Syria Towns which historically flanked China Towns and have their own unique and overlooked narratives in history. The era of American Imperialism and neo-Imperialism in theory should have warranted more diverse perspectives from Iraqi Americans, Cambodian Americans, and Pacific Islanders yet such diversity was not addressed, a missed opportunity leaving some groups twice discarded. Movements in Asian American representation were largely East Asian centric, while it is true that South Asian American activism and Southwest Asian and Muslim American activism have existed in partly separate spheres than mainstream Asian American activism, there was close to no discussion on said topics aside from the occasional token photo containing a man in a turban or woman in a hijab. As this series was released in the auspicious overlap of Asian Pacific American Heritage Month and the holy month of Ramadan the lack of mention felt like another missed opportunity. I felt like I was eating breadcrumbs off the floor of the kitchen looking for a narrative that represented my family specifically, not much luck though I consider myself very humbled and blessed to have gained such deep and powerful insight into other groups under our “Big Umbrella” Asian American community.

Overall, I am going to remain optimistic that this series is a steppingstone into more great programming. Even if one did not feel represented in this documentary, they should still support it as it is a step in the right direction and with time and further community engagement, more and more inclusive and diverse content will surface. The Center for Asian American Media is an excellent organization and has a great track record of representing the twice discarded South Asian, Southwest Asian, Muslim American and Pacific Islander narratives within the “Big Umbrella” and we should continue to support their work and up-and-coming Asian American content producers who contribute to the diversity that keeps us great. The problems and struggles of the past are ever-pertinent to the struggles we face to this day, we have a lot to learn about resilience from those before us, we should continue to honor their struggle and continue to uphold our “Big Umbrella” even on the rainiest of days.