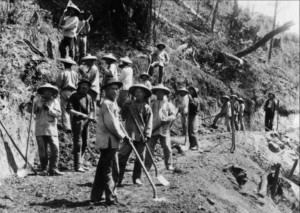 WASHINGTON – U.S. Secretary of Labor Thomas E. Perez will formally induct into the Labor Hall of Honor approximately 12,000 Chinese immigrant laborers who worked on the Central Pacific Railroad between 1865 and 1869. The Chinese Railroad Workers are the first Asian Americans to receive such a tribute since the establishment of the Hall of Honor in 1988. Their efforts, which connected the United States from east to west, laid the foundation for the extraordinary economic prosperity enjoyed by the nation in the years that followed. 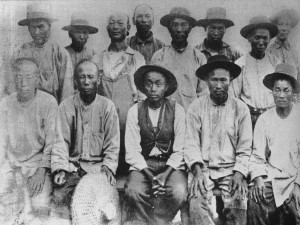 Many of these workers risked their lives and even perished from the harsh winters and dangerous working conditions. They faced prejudice, low wages and social isolation. Yet, despite these challenges, they courageously took a stand to organize for fairer wages and safer working conditions. Their efforts not only stitched our nation together, but also advanced the American ideals of equal opportunity; collective organizing and good, safe jobs for all workers, immigrant and American-born alike. 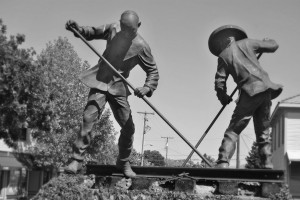 As President Obama noted in his Presidential Proclamation, May is designated as Asian American and Pacific Islander Heritage Month, in part because the Transcontinental Railroad was completed on May 10, 1869. On the eve of the 145th anniversary of that accomplishment, we honor these pioneers for their dedication and perseverance to the job of building this great nation and for highlighting the power of immigrant laborers. The national theme of AAPI Heritage Month 2014 is “I Am Beyond,” challenging all Americans to look beyond stereotypes and misguided perceptions of the AAPI communities, which have made profound contributions to the American way of life – and the American way of work – throughout our nation’s history.