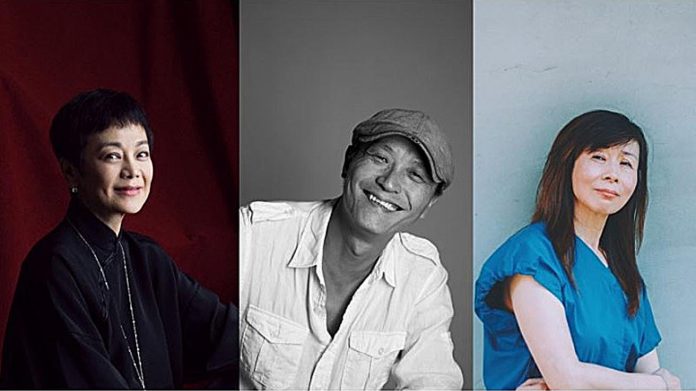 This year’s award in the literature category went to writer Ping Lu who fights for women’s right to speak and interpret history through her written works. Her works cover real issues concerning society, culture, gender, politics, and human rights in Taiwan.

Winner of the visual arts category Huang Ming-chuan adopted a different aesthetic and production approach from Taiwanese New Wave Cinema, sounding a clarion call of support for the independent film industry in Taiwan. He devoted a lot of time to capturing key moments in history, having recorded important audio-visual files in Taiwan’s art and literary scene.

The music winner Beiguan musician Chiu Huo-jung incorporates Beiguan, Luantan, Taiwanese opera, and Taiwanese glove puppetry. He excels especially in Beiguan music, with the ability to memorize and master a huge number of repertoires, and is outstanding in transmitting and promoting the art.

Choreographer Bulareyaung Pagarlava was honored in the dance category. Born into the Paiwan tribe, he returned to his hometown of Taitung in 2015 and founded the Bulareyaung Dance Company after many years of soul-searching, where he brought the concept of “practicing art as part of life” into fruition.

Taiwanese opera director Wang Rong-yu, who was awarded in the drama category, was born into a family of Taiwanese opera performers and has participated in many theatrical works since the 1980s.

The winner in the architecture category Kuo Chung-dwan has been adhering to the principle of soil and water conservation for over 30 years and has continued to contribute to riverbank planning.

Sylvia Chang was named the winner in the film category for her decades-long involvement in many aspects of the film industry. Upon making her film debut in 1973, Chang has since been active in film, winning accolades including three Golden Horse Awards and four Hong Kong Film Awards for her acting roles as well as directorial works.