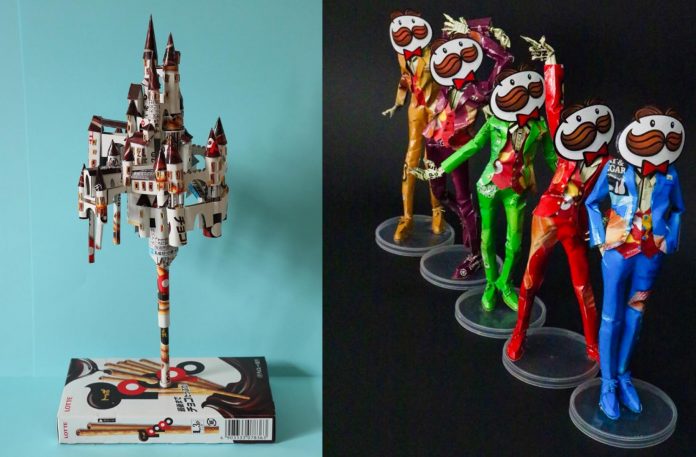 Empty boxes of snacks can be reused in so many great ways; you can recycle them, or create some arts. Haruki, whom I introduce you to here, is also a Japanese university student and papercraft artist who creates beautiful paper-craft.

Haruki who mastered “Kiries” or “Kirigami”, the Japanese art of paper cutting. He transforms snack boxes into realistic figures and shares his work on his social media, more precisely, on his Twitter account which has a hilarious name @02EsYRaez4VhR21. Kirie is more associated with traditional Japanese art, but Haruki re-adapted it to his personal, more pop-like style.

He was even featured on national television for turning Pringles cans into a dapper boy band of Pringle’s mascots, as well as chocolate packaging into a Final Fantasy airship.