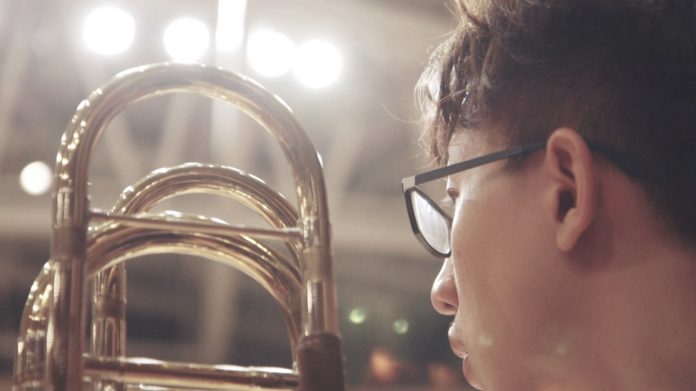 Last month at the Global Peace Film Festival, I watched the short documentary “In Search of Perfect Consonance”.

I was lucky enough to sit down and chat with Director Ruby Yang and she spoke about the making and inspirations for the film.

The film was first released in 2016 and follows the Asian Youth Orchestra (AYO) as they journey through friendships, difficulties and cultural fusions all while playing the great classics. Though they had busy schedules, they spoke with Yang about their experiences with the AYO and how they’ve formed lasting friendships despite language and cultural barriers. “I think the last couple of years there’s especially been a misunderstanding between cultures and I really felt that AYO is really great at using music to connect people,” Yang said. “They spend six weeks together and then they are friends for life.”

She wanted this film to show how music truly transcends cultural barriers and when the students are playing together, they all speak the same language of music.

Started in 1987, Richard Pontzious, founder, artistic director and conductor sought to unite the Asian region and “celebrate the excellence of young Asian musicians and encourage this new generation of talented individuals to build on what they have at home…” according to the AYO website.

Finding this fascinating, Yang wanted to understand the students on why they seek to play for the AYO. She found many students were there to study what they loved, music, but they also found friends in the most unlikely of places. In one part of the documentary, it depicts a young man trying to help a young woman with her sheet music. The difficulty was the language barrier, he only spoke Mandarin and she only spoke Japanese. Despite this he still wanted to help her.

“Peace starts at home. When you have peace with your family, are at peace with yourself, then you can find peace within your community,” Yang said. “It should smart small, but eventually it will grow.”

A powerful example of this is Charlie, a young man from Hong Kong who plays the double bass. His story brought up many emotions as he spoke of the difficulties of his home life as well as his mental health. The only way he could escape from this was by playing music. Despite being older than many of the other youths in the AYO, he persevered on and continued his music studies.

Yang believes good media can be a powerful advocacy tool and want this film to do just that. As students come into the AYO while others leave to do greater things, the message of working together and creating a community that genuinely cares for each other will hopefully pass onto different parts of the world.

“To solve the world’s problems by playing music is too simple, but we have to start somewhere,” Yang said.