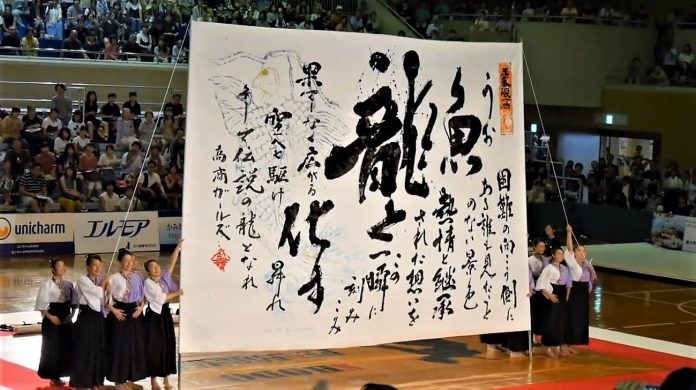 Japanese learn shodo calligraphy from childhood in order to write beautiful characters. The brush—a traditional writing instrument—is very hard to use until one gets used to it. But by training many times, anyone can learn to express characters in his or her own unique way. Calligraphy arts can be seen not only at exhibitions, but also in a variety of places, including signs, posters and apparel designs. Calligraphy performances, in which a work is completed before an audience while moving actively such as in a dance, are also getting popular.

Traditionally, calligraphy is written in a quiet room while calming the mind. Recently, however, calligraphy performances are gaining popularity among children and young people. At these performances, on stage or at a street corner, a calligraphy work is completed vibrantly while dancing to music. The “Shodo Performance Koshien,” a competition participated by high school calligraphy club members, is held every summer. 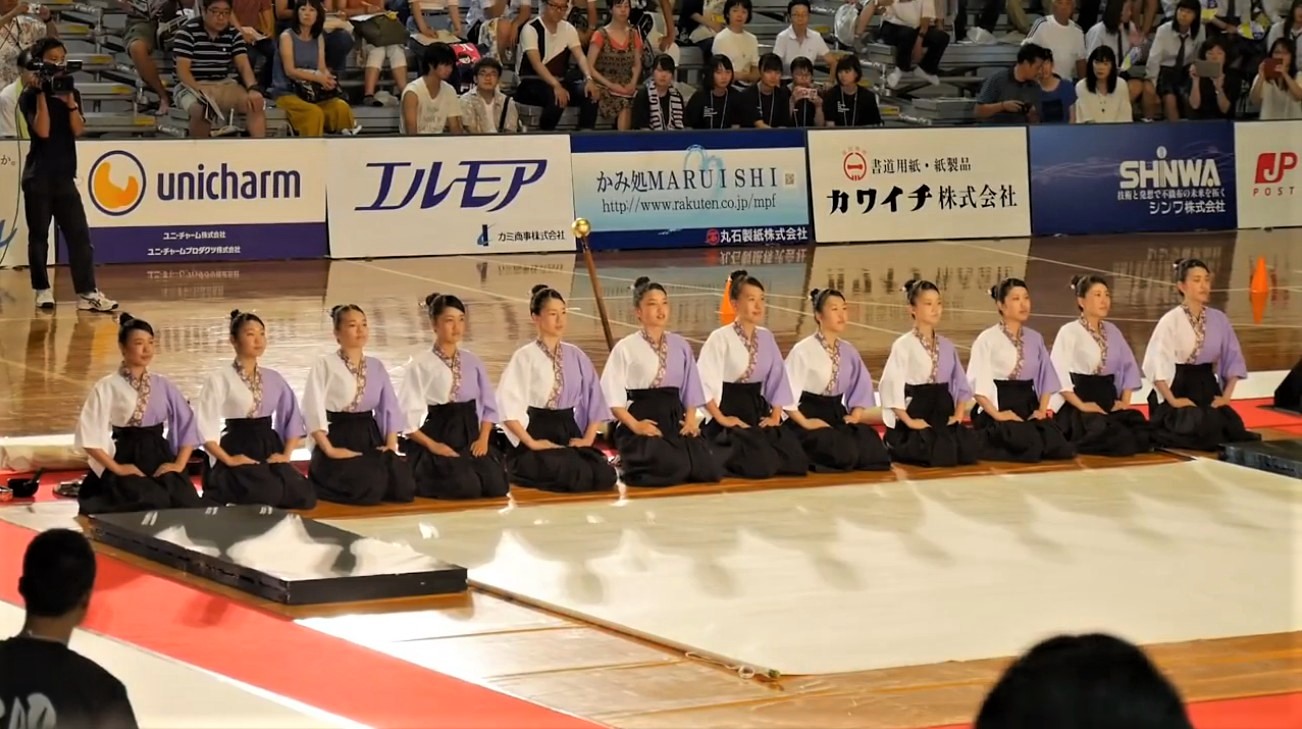 In this competition, 20 teams selected from preliminary rounds held all around Japan each produce a single piece of work with the dynamic strokes of a large brush, on an extensive sheet of paper spanning 4 meters in length and 6 meters in width. It is a unique tournament that is based not only on the beauty of the work, but also the performance of the students such as their dance to music. These cool calligraphy works shown by such performance teams have won the admiration of children and, in recent years, performance teams joined by elementary and junior high school students are also vigorously carrying out activities.