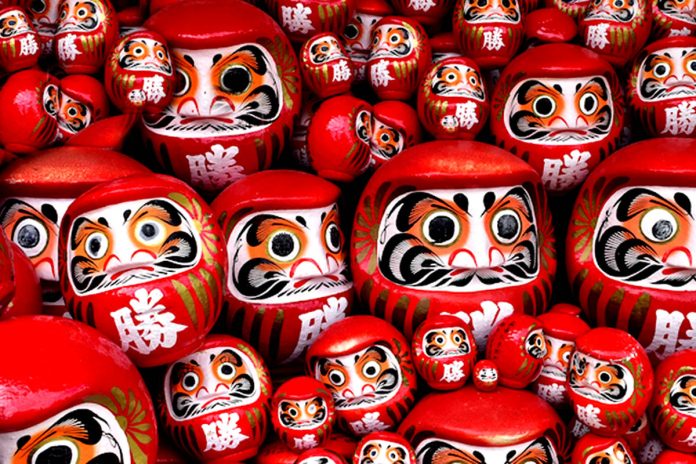 Daruma Dolls (達磨, daruma) are traditional Japanese figurines made in the image of Bodhidharma, a 7th century Buddhist monk from India who is said to be the progenitor of Zen Buddhism. These dolls are ubiquitous within Japan and have are generally used as a kind of edifying “good luck charm”. The doll is generally depicted in a still, zazen stance and forms something like a ball which will turn up-right when toppled over. The dolls are also usually sold without eyes, as the tradition is to paint one eye, make a wish and then only grant another when the wish is fulfilled.