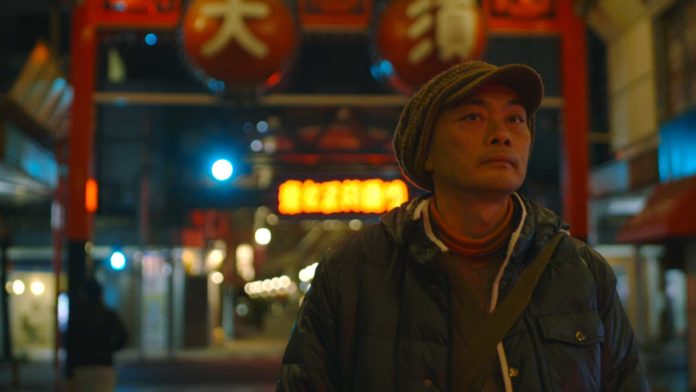 “A beautiful meditation on the value of life… This is a film that manages to be simple yet thought-provoking, sad yet comforting, and anguished yet tranquil. In short, a work of art.” – The San Francisco Chronicle

Available on Amazon, iTunes, Google Play and Vudu, as well as DVD and Blu-ray January 9

Brooklyn, NY — December 13, 2017 – This January, FilmRise will release the second documentary by award-winning director Lana Wilson (After Tiller), “The Departure,” a poetic and deeply moving film that contemplates death as a way of better understanding how we should live.  Having its world premiere at this year’s Tribeca Film Festival (2017), and recently nominated for a 2018 Independent Spirit Award for Best Documentary, the film follows a former punk-turned Buddhist-priest in Japan who has made a career out of counseling suicidal people. The film will be available on Amazon, iTunes, and Vudu, as well as DVD and Blu-ray January 9, 2018.

A 44-year old Tokyo native, Ittestsu Nemoto has dedicated his life to helping suicidal people find reasons to live. But this work has come increasingly at the cost of his own family and health, as he refuses to draw lines between those he counsels and himself. “The Departure” captures Nemoto at a crossroads, when his growing self-destructive tendencies lead him to confront the same question his patients ask him: what makes life worth living? As director Wilson follows Nemoto, with complete access to his daily life, the film unfolds as Nemoto reaches a pivotal moment — he must confront what’s perhaps most frightening of all – the meaning and value of his own life, and how he should be living it.

Wilson’s attraction to Nemoto’s story came from a 2013 article she read in New Yorker magazine, about a Rinzai Zen priest renowned for his work in suicide prevention. Wilson wondered how he convinced desperate people to catch hold and move forward with their lives. She realized she wanted to be in the room for these life-and-death conversations. What transpired was a carefully filmed documentary discreetly presenting the importance of human connection.

“(The film) proves quietly profound. Wilson…handles the emotional subject matter with a subtle restraint that makes the film all the more moving.”Indiewire.com called it “’a rich, rewarding documentary, that digs deep into major questions without being afraid of the answers.”

“The Departure” has a running time of 87 Minutes and is Not Rated. It is in Japanese with English subtitles.

FilmRise is a film and TV distribution company founded by veteran producer/financiers Danny Fisher, Jack Fisher and Alan Klingenstein. With over 15,000 titles in a wide range of genres, the company’s releases include HBO’s multiple Emmy®-winning “Going Clear: Scientology and the Prison of Belief”; “Janis: Little Girl Blue,” produced by Oscar®-winner Alex Gibney; two-time Academy Award®-nominee Julie Delpy’s “Lolo; and the Sundance hit “White Girl.” Television titles include such classics as “Roseanne” and “3rd Rock from the Sun”, as well as the iconic Robert Stack hosted series “Unsolved Mysteries.”