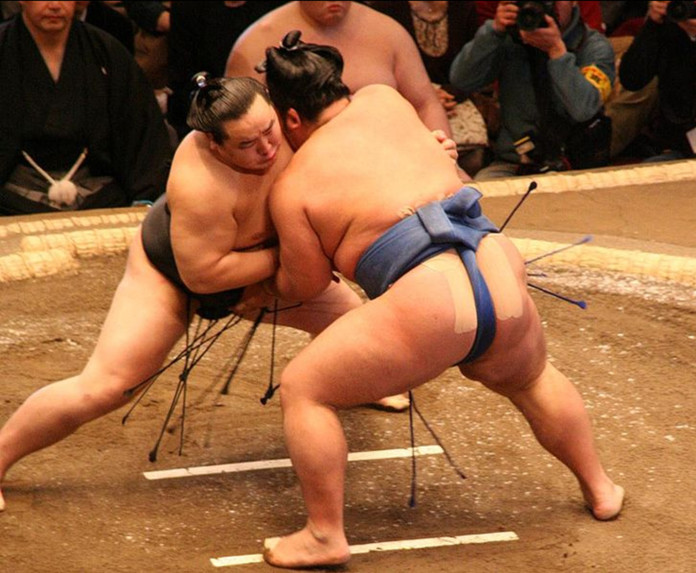 Sumo is one of the Shinto ritual and Sumo wrestling tournaments are held in the precincts of shrines on their festival day among the local residents in various districts in Japan. Sumo has been performed even for fortune-telling, praying for a good harvest. It is regarded as a performance which healthy strong men play fair and strive (do their very best) in front of gods to demonstrate respect and gratitude to gods. Courtesy and etiquette are taken very seriously in Sumo. Sumo is also a competitive full-contact wrestling sport (martial arts) where a wrestler (Rikishi) attempts to force another wrestler out of a circular ring (Dohyō) or to touch the ground with anything other than the soles of the feet. The sport (martial arts) originated in Japan, the only country where it is practiced professionally. Many ancient traditions have been preserved in Sumo, and even today the sport (martial arts) includes many ritual elements, such as the use of salt purification, from the days when Sumo was used in the Shinto religion. Life as a Rikishi is highly regimented, with rules laid down by the Sumo Association. Most sumo wrestlers are required to live in communal “Sumo training stables” known in Japanese as Heya where all aspects of their daily lives -from meals to their manner of dress- are dictated by strict tradition.