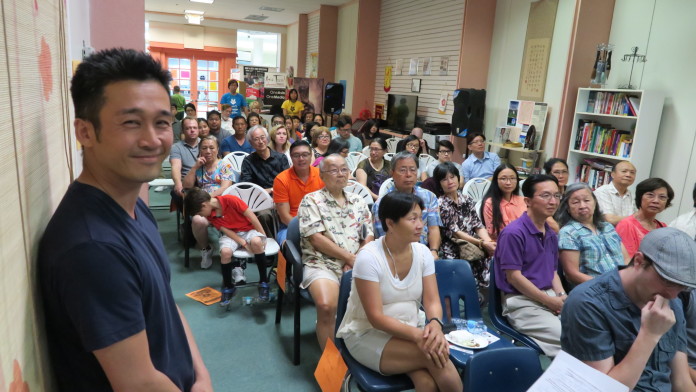 On Sat, May 1 2016 filmmaker Kenneth Eng and writer-producer of “My Life in China” Ehren Parks visited Orlando once more, graciously presenting a free screening of two of Eng’s award-winning and internationally-recognized documentaries: “Kokoyakyu: High School Baseball” and “My Life in China.” The turnout was great, totaling about 80 attendees—both young and old and many of whom were Japanese or Chinese. Guests were not only moved by the films, but also empathized with and related to the struggles depicted. Despite linguistic and cultural differences, both documentaries feature the universal themes rooted in humanity at its core: passion, sacrifice, and resilience.

“Kokoyakyu” uniquely portrays Japanese culture through the national sport of high school baseball. From reveal of the roster to the competition itself, we’re shown the Japanese spirit illustrated through customs, rituals and off-field endeavors. What’s more–we get to see the relationships within the team develop and deepen; Takashima-kantoku, the coach, has an agenda beyond winning—he is constantly motivating and inspiring members to prioritize academics above all else and reciprocating the lending hand he received from the community. His unwavering commitment and never-failing belief in the team provides the foundation of strength as they weather through success and defeat together. This powerful and intimate documentary really resonated with the audience, even those who felt removed from their native culture. 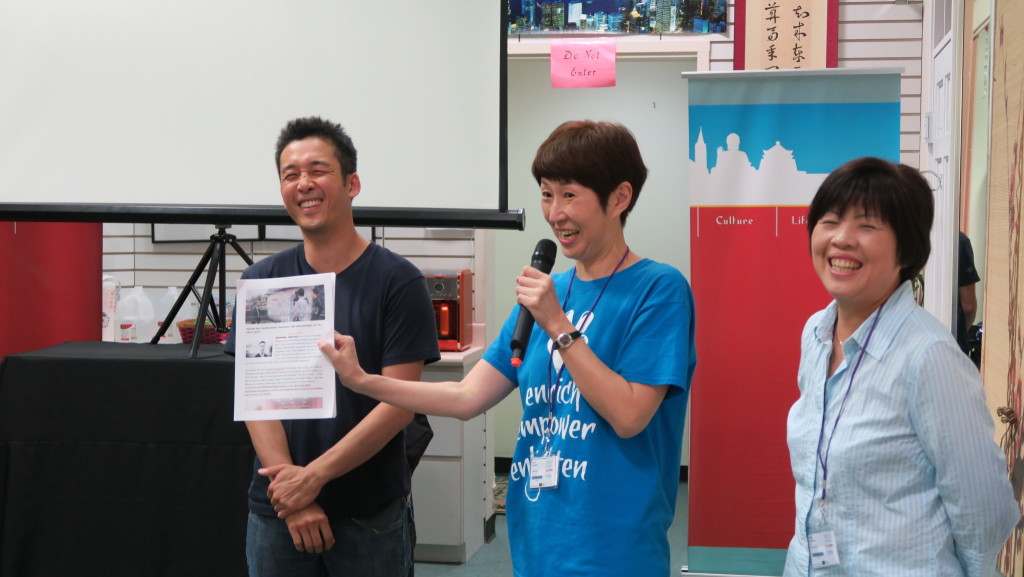 “…In that film, even if I stopped reading the subtitles, I could still get the gist of it. There were moments I would laugh and because Kenneth was right near me and he experienced it, he would laugh too.” -Yuni Sakurada, Asia Trend member

“…I know nothing about baseball and I’ve never lived in Japan, I was born and raised here, so it wasn’t so much relating as what resonated. The Coach who mentioned that he was a product of the public schools and wanted to give back to them by being a teacher himself really showed me that for him, it wasn’t just the baseball. After they lost, he told the captain to tell him when he’s getting married. He’s a teacher and a true coach which was inspiring because I want to become a teacher as well.” -Yuni Sakurada

On the other hand, “My Life in China” shares the struggles familiar to many Asian-American immigrants–from the inevitable hardships ensued to the sacrifices made to ensure that their families would have a better life in America. Heartfelt, touching and inspirational all at once, it was more than just a tearjerker but an experience that definitely struck a chord with the audience as viewers laughed, cried and exchanged hugs with Eng.

“It felt like the film was a really raw depiction of his life – of his father’s life – in China, and how he didn’t really realize until that time about how much his father had sacrificed for him. It hit me in my chest, it was really emotional. I hope to see more documentaries, you know, raw as this and I enjoyed it.” – Brandon Chin, 24, UCF graduate

“This video is really emotional to me because I am part Taishan, and I speak the language and I understood everything his father said, which is pretty cool. It was pretty emotional in the end when his dad was crying and how he sacrificed everything he did for his son and for his family…I loved the video and I’m hoping that he will do a follow-up.” – John Chung, contributing photographer at Asia Trend Magazine and director at YESS Center of Florida

“It really moved me a lot, not gonna lie, I did cry a bit. My parents are actually immigrants, and I really thought that Ken’s dad’s message was very similar to my parents’. Recently, also, my grandpa passed away this year, so I’ve been really trying to reconnect with my roots, my cultural heritage. So I felt like this film was really impactful as my grandpa did the same thing to escape and swim to Hong Kong…I thought it was really well-made and that everyone should watch it to learn more about Asian American immigrants.” – Frank Lau, rising junior in college

Since the release of both films, Eng’s career and presence in the film industry has flourished. Recently, “My Life in China” has even been selected by PBS to be broadcasted as part of the “America Reframed” series beginning on May 24 at 8 pm. “Kokoyakyu: High School Baseball” has also been showcased on PBS about a decade ago! It’s no doubt that Eng is more than passionate about his work, given the strong praise his films have received over the years.

“To be able to return to Orlando and be hosted by YESS Center–Shally Wong & CK Lau–and all the other friends we made last time was unbelievable! I also enjoyed the rare showing of Kokoyakyu!! I’m happy anyone would be interested in my films – going to Orlando and being welcome to such warm people and to be allowed to be the filmmaker I’ve been trying to be is a dream come true. Orlando treats me really well and respects me as a professional–and I love that–it makes me want to keep working and bring my next films to Orlando just so I can share with my friends!!” -Kenneth Eng

“…Going through all the tough deadlines has made me a stronger filmmaker. To have the ability to deliver their specs on time – while getting everything else in my life in order has been a challenge!! It’s def a satisfying feeling to take a project that I believed in from the beginning -all the way to TV broadcast premiere!! I just hope people give it a chance and watch it – it’s meant to be for free on public tv to be seen by as many people as possible. I especially want young people who are on their journey to finding themselves check it out – perhaps it can inspire them to head in the right direction!! I’m def looking forward to the reaction of the US audience!!” -Kenneth Eng

Lastly, special thanks to the Asia Trend and Youth Enrichment and Senior Services (Y.E.S.S.) for contributing their time and efforts, as well as Eng and Parks themselves for coming out and making this event uplifting and infinitely memorable. We miss you already, Kenneth and Ehren! Until next time.

If you are interested in purchasing “My Life In China” DVD including the 81 minute theatrical director’s cut of the film, please email [email protected] to reserve one or purchase it on iTunes.