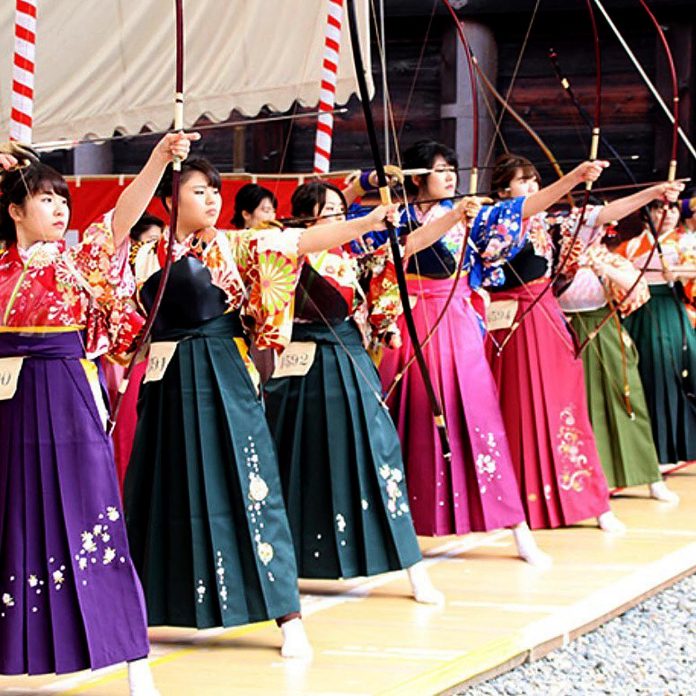 “Kyudo” in Japanese, means “the way of the bow”. This traditional Japanese form of archery is both a contemporary sport as well as a tradition tied to schools of etiquette, horsemanship as well as ceremony connected to the ancient imperial court. Though the use of bow and arrow in Japan date back to about 10,000 years, the idea of kyudo is said to originate in the Nara and Heian Periods or the 8th-12th centuries AD. Today there are countless practitioners of Kyudo not only in Japan but globally. As with many of Japan’s martial art traditions, the athletic and physical aspect of the practice is often related to overall development of character as much as technical skill. The usual uniform of Kyudoka, or devoted practitioners of Kyudo, consists of skirt-like trousers known as “hakama”, a white top or “tsutsusode” and a glove made of deer skin known as a “yugake”. The bows themselves are about 2.25 meters in length.