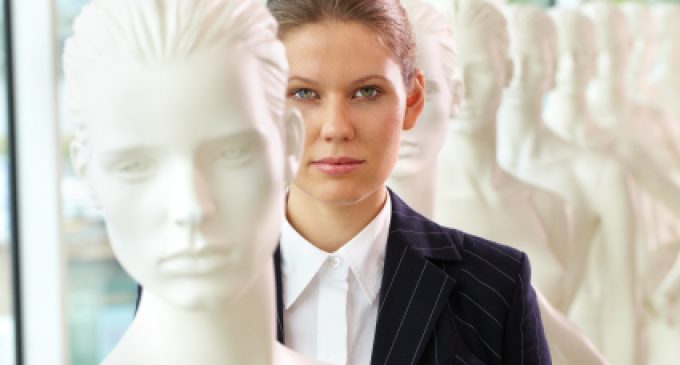 The introduction of values at the beginning of the AI (Artificial Intelligence) era through Bible studies as a basis for universal moral values and humanism is a social and national duty. Through Bible studies from a new angle we can learn and formulate best practices on AI technologies, to advance the public’s understanding of AI, and to serve as an open platform for discussion and engagement about AI and its influences on people and society.

In the Bible there are hundreds of laws that speak of justice, morality, love of others. According to the Bible, morality is more important than religion. You can see a chapter in the Bible that sees all the people who pray and observe the commandments and believe in God. In the Bible, there are hundreds of laws, such as the laws of a slaves, the laws of a foreigner, an orphan and a widow, gifts of the poor, laws of justice, and other laws that if we understood them and taught them it would be considered as a good preparation toward a world in which AI is part of us and who we are.

Image: What if the Bible heroes were AI humanoids?

The Bible is the most famous and influential book in the world and many see it as a literary and moral masterpiece, in addition to the history and heritage that the Bible teaches, it conveys values through the stories and words of wisdom written in it. The stories in the Bible are written as parables, and each of them teaches different values and patterns of behavior, and tells us how God tries to lead the people to behave in a correct and proper manner and give them the necessary values. So do we, parents of new generations of genetically and technologically engineered children, must learn how to pave the way for them.

We learn from the history of the Bible and the events that took place during each period and we shed the historical lessons on our present and future actions. Therefore, it is so important to rely on how we have reached our current situation and what we have undergone in history in order to achieve our very existence and have come to this time and prepare for a new future for humanity as a whole.

The question is not who we are, the present generation, but rather what new kind of humanity is being formed. “Who will be a Christian? a Muslim? a Jew? While the public attention and media concern mostly center on economics, government, and ethics, there’s also a spiritual dimension to what we’re making. If you create other things that think for themselves, a serious theological disruption will occur. The creation of AI humanoids and of non-human autonomous robots would disrupt religion as we know it, like everything else, on an entirely new scale.

Indeed the future is a world that is entirely Humanistic AI … nonetheless; we must not forget that still in our days many are believers in the holiness of the Bible. Therefore, the teacher who teaches subjects that clash with this holiness needs diplomacy and great caution, since the study of the Bible is emotionally charged, but it is not to be underestimated, but with a open-minded and fairer approach, the teacher will be able to teach the various opinions about the Bible stories and respect them all and everyone who holds among them.

Another problem concerns our modern world, which sometimes indicates the value of professions according to their relevance or irrelevance to our lives. Most of the subjects in the school today are contemporary and try to give the student tools to understand his world today. On the face of it, the Bible is ancient and many parts of it seem like a relic that is not related to our lives at all, and large portions of the Bible even contain foreign ideas and practices that today are different to the world of the student. All this is only superficial, since the Bible and its stories, its laws, its poetry, its wisdom, etc. can be connected to every area and every aspect of our lives today – only a small effort is required because the Bible in every area examined – human behavior, the rule of law, its power and the use of it, philosophical ideas about existence, etc. – all are relevant.

One must remember that a healthy and strong tree bearing fruits is a tree whose roots are well irrigated and that in a world where money and consumerism are almost everything, it is difficult to be a cultural asset. Individualism, self-realization at the expense of the social fabric, material achievement, loss of cohesion and mutual responsibility, and a sense of national disintegration from the constitutive myths of our being, make the Bible as many other cultural symbols lose their own unique value. At the same time, we are well aware that this situation cannot continue and seek to produce better economic, social and … spirituals models.

At the same time, we have to adapt ourselves to the world of future generations instead of engineering them into our old world. As we do so, we must understand that as a newborn baby, the first years in which it is shaped and educated are of great importance in shaping its personality, similarly for an AI that is part of us and who we are – AI whose sole purpose is to empower us as individuals and as societies.

Studying the Bible as a separate and unique subject is a must because its learning goes beyond learning for learning purposes. Many elements converge within its learning. The Bible is full of examples of the worst things a person can do, and vice versa, not to ignore this dualism, but rather to emphasize it as a basis for human existence … The Bible refuses to surrender and serve one purpose , One will, one point of view … The Bible is a hallmark of the pluralism of ideas and opinions and this pluralism – all of it – has to be presented. At the same time, one must emphasize the universal values ​​of the Bible and the great ideas it has brought to the world – the attitude toward the weak, the poor, the less fortunate, the attitude towards man, his weaknesses and flaws in the face of the beautiful and the noble.

Remember! The most divine part of man is the human part of it.

It is good to remember that man is also good and also evil from its nature, those are contrasts that can and must exist together! Those two are real expressions of a united personality as no man is perfect but it is to aspire for perfectionism.

Evil, stupidity, e-rationalism, simplicity, distress, childish and more are all inseparable and legitimate part of man, just as goodness, wisdom, rationalism, complexity, comfortableness, maturity and more. All are in man at the same time and demand themselves an appropriate expression as inseparable and organic part of the process of its creation, its development and realization.

Think: The Bible is the wonderful story of God’s love for all of humanity, and even people who do not believe verbally in the existence of a higher power are in search of it and rely on it.