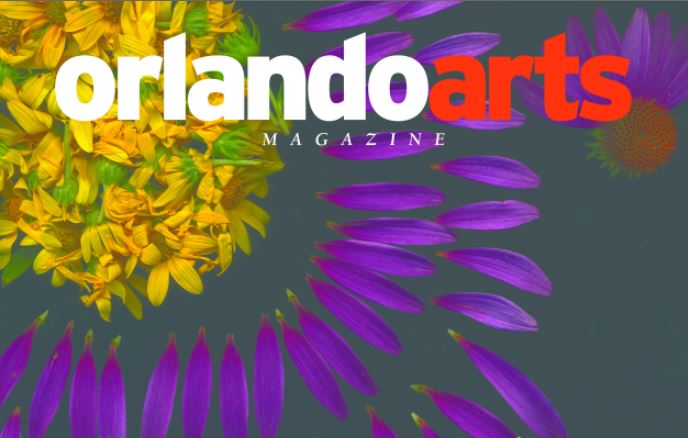 United Arts reaches out to grassroots and multicultural organizations through its Mini-Grants program. The program has three deadlines per year, a short application and a one-month turnaround from submission to grant decision. More than three-fourths of grantees receive their first grant from United Arts through this program, and 44% of funding goes to culturally diverse organizations.

This cycle’s grant recipients are: Central Florida Sounds of Freedom Band and Color Guard – Awarded $1,000 for its production Postcards from Home.  This group seeks funding to produce its holiday concert Postcards from Home. The concert is open to the public and will include musical pieces ranging from showtunes to folksongs to jazz fusion.

Day Star Theatre Arts – Awarded $1,000 for its production of Hello Again – The Musical. The musical Hello Again by Michael John LaChuisa is based on the 1897 play La Ronde and explores the intimate and romantic interaction of 10 different individuals throughout 10 decades in American culture. This will be the Southeast regional premiere production of the musical. The cast members have performed locally at Mad Cow Theatre, Orlando Repertory Theatre, and Orlando Shakespeare Theater as well as theme park productions. 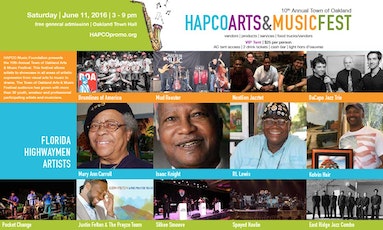 HAPCO Music Foundation – Awarded $2,500 for its 2017-18 Season including Sunshine Jazz Festival and Arts in the Classroom. The 2017-18 season will include the Sunshine Jazz Festival (SJF) and Arts in the Classroom (AIC). SJF brings together jazz bands from schools around Central Florida and includes a free clinic session. AIC will provide six weeks of instruction, two hours per session, in digital photography for middle-school students.

Quest – Awarded $1,000 for its program QKA for Arts. Quest For Arts is a creative outlet teaching confidence and appreciation of artistic expression to the children with disabilities. This program will strengthen participants’ fine- and gross-motor skills through non-aerobic dance and movement, in partnership with Chance 2 Dance and will include a music component facilitated by Joyful Music Productions. The program will correlate to the students’ academic and therapy curriculum.

Orlando Community Arts – Awarded $2,000 for its production Clare and the Chocolate Nutcracker. Orlando Community Arts seeks funding to produce and stage a multidisciplinary, multicultural holiday production of Clare and the Chocolate Nutcracker in partnership with Nulook School of Performing Arts. Performances will take place at local high schools in Osceola County and Orange County. Orlando Urban Film Festival – Awarded $1,500 for the 2017 Orlando Urban Film Festival: A Movie and Music Showcase. This is an exciting showcase opportunity for local diverse filmmakers. About 20-30 short films and a feature film will be shown during the two-day event. There will also be panel discussions, including a discussion with filmmakers Kip and Kern Konwiser on how to make a movie, and a meet-and-greet with the winning filmmakers.

Playwrights’ Round Table – Awarded $1,500 for its 2017-2018 Season of New Plays and Workshops. In addition to monthly workshops and play readings, this season we will present three productions of 10-minute plays: Summer Shorts, Launch, and Native Voices, along with a full-length premiere production. Monthly play readings help playwrights develop their craft. Workshops are free and open to the public; productions charge a maximum price of $18.

Public Arts and Music – Awarded $1,000 for the Lake County Folk Festival. The 20th annual festival will be held at nine venues, throughout historic downtown Eustis and Ferran Park. This free festival is open to all and has something for everyone. Approximately 150 musicians (54 groups) will be chosen to perform during the event. Genres include folk, gospel, bluegrass, Celtic/Irish, ragtime and old time blues. The public is invited to participate in workshops, jams, children’s activities, and a “funniest song” contest.

Snap! Orlando – Awarded $2,000 for its exhibition and workship LIMITED EDITION. Presented in collaboration with Flying Horse Editions, this exhibition will feature works by local and international artists. The exhibition will include an opening night event, a community “print day” where local and regional artists will sell their limitied edition prints, and a workshop demonstration with artist Luis Lazo.

United Arts expands opportunities for arts education to the wider community through its Arts Learning Mini-Grants program. The program has been instrumental in implementing new programs for at-risk youth, Spanish-speaking actors, senior citizens, and toddlers. United Arts supports art for all ages.

This cycle’s grant recipients are:

Crealdé School of Art – Awarded $2,500 for its program Hands-On Inspiration: Crealdé’s Visual Art Sampler. Now entering its third year, the program enhances the quality of life of Day Break participants (a program for adults with a decrease in physical, mental or social abilities) through art-making. The objectives identified by Crealdé and Easter Seals are to create a pleasurable experience, increase self-esteem, improve fine-motor skills, enhance socialization and stimulate reflection. Participants will create fine-art work such as sculpting, painting, memory-shadow boxes and more. At the end of the program’s cycle, Crealdé will curate an exhibition of participant artwork at Day Break to share with family and friends.

Orlando Health – Awarded $2,500 for its program Together We Heal – Hope Hike. The Arts in Medicine program provides patients in chemotherapy an opportunity for self-expression through visual art, enhancing well-being during treatment. The exhibition Together We Heal will share the artworks of cancer survivors and their caregivers, and will be launched with a “Hope Hike” with city and county officials from City Hall to Orlando Health, celebrating cancer survivors. This grant will fund art supplies, and will expand the days that an artist is able to provide instruction from two to three days per week.

Orlando Philharmonic Orchestra – Awarded $2,500 for its program Symphony Storytime Author in Residence. The Symphony Storytime series is an educational and fun introduction to classical music for youth ages five and under. Orlando Philharmonic requests support to expand its Symphony Storytime series to include a residency with award-winning author Matthew Gollub. Mr. Gollub, will join OPO musicians to present the The Jazz Fly, the story of a fly that gets lost on his way to the jazz club, combining narration and visuals to bring the story to life. The concert will be performed twice at The Plaza Live, twice at Orlando Repertory Theatre (The REP), with four planned outreach performances.

Orlando Repertory Theatre – Awarded $2,500 for its ELTA – Engaged Learning Through the Arts program. This program has three main components: four professional development workshops in arts integration (focusing on language arts) for OCPS teachers, an intensive training for teaching artists to learn how to work in the classroom, and arts integration residencies in OCPS schools. The cost of the three-day residency is $100 per teaching artist and professional development workshops are free to OCPS teachers.

Orlando Science Center – Awarded $1,500 for its program STEAM Story Time. Orlando Science Center will host one performance of “Paddington Bear’s First Concert” by Orlando Philharmonic for children ages 2-7. Afterwards, there will be interactive experiences teaching science concepts that connect to music and theater, such as sound and movement. The event is free with admission, and Orlando Philharmonic members will receive a discount on tickets.

United Arts is now accepting applications for the next cycle of both Mini-Grants and Arts Learning Mini-Grants. The next application deadline is 5:00 p.m., February 1, 2018. The maximum grant award is $2,500 per organization per year. Organizations can learn more or apply at www.UnitedArts.cc/grants.

About United Arts of Central Florida

United Arts is a collaboration of individuals, businesses, governments and school districts, foundations, arts and cultural organizations, and artists. Its mission is to enrich communities by investing in arts, science and history. United Arts serves residents and visitors in Lake, Orange, Osceola and Seminole counties through more than 70 local arts, science and history organizations. It raises and distributes funds for these cultural groups and provides management, administrative and advisory services. Since 1989, United Arts has invested more than $145 million in Central Florida’s arts and culture.