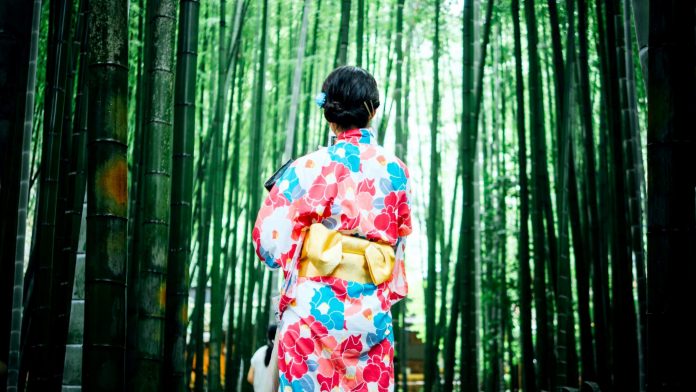 Earlier this week, American celebrity Kim Kardashian came out with a line of shapewear clothing dubbed “Kimono Solutionwear” as a pun of her name “Kim” which includes her trade-marketing the term “Kimono” to the great dismay of the Japanese community and Japanese diaspora. Within hours the hashtag #KimOhNo began trending on social media with photos of Japanese people donning their kimonos to raise awareness to the point that cultural appropriation is not okay. Kardashian has publicly stated that she respects Japanese culture and her intentions of trade marketing the name do not include a desire to stop usage of the word, though the insensitivity of the history of cultural appropriation clearly do not resonate in her public viewpoint.

The Mayor of Kyoto yesterday addressed Kardashian in a letter politely asking her to reconsider her trade marking of the term, stating in his letter “…it (Kimono) is a culture that that has been cherished and passed down with care in our living. Also it is a fruit of craftsmanship and truly symbolizes sense of beauty, spirits and values of Japanese.” which echoes the discontent viewpoints we have been hearing online.

Cultural appropriation is defined as the misappropriation and misuse of a different culture’s traditions, iconography and knowledge without having a true respect or understanding of whatever is being used. The history of this ugly practice predates the 17 th century when British colonialists would adopt iconography, typically fashion, of the peoples of Slavic Societies, Africa, India, and the Middle East, over time East and Southeast Asian societies as well as the cultures of the Pacific Islands and the indigenous Americas would fall victim to having their cultural garments and practices appropriated by Western powers. To this day this practice continues whether it be through the music industry, trendy art styles trying to come off as niche and of course as October approaches we can’t forget to mention culturally insensitive costumes.

It is worth mentioning however that not everyone from cultures afflicted by being culturally appropriated feel the same way, it is being more commonplace to have the “appropriation versus appreciation” discussion. Proponents of the “appreciation” side of the debate typically make the case that culture is something to be shared, we can’t take matters like this too seriously and that it’s better that people are being exposed to different cultures rather than just their own even if the exposure is not completely authentic. On the other hand, the “appropriation” side of the debate make the case that it is possible to appreciate culture while still being respectful of the authentic traditions and that taking the time to understand cultural iconography can lead to deeper appreciation which is more rewarding than a superficial understanding or liking for an aesthetic.

So the next time you see someone wearing a Buddha bracelet, getting a tattoo in Chinese or Arabic, or decorating their room with Hindu iconography simply for the aesthetic remember that this usage of iconography has a deep rooted history and controversy, you can decide for yourself whether or not to strike up a conversation but there is no doubt going to be a wide range of opinions on these matters.

As with most things, this is a nuanced debate, but as the world becomes increasingly interconnected and exposure to other cultures is becoming more commonplace, we should not forget the importance of respect and mutual understanding in our day to day lives.